Editor’s Note: This is the third in a series of blogs by highly respected genre critic Paul Goat Allen that highlights stellar, not-to-be-missed titles by self-published authors in various genres. 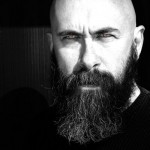 h the paranormal fantasy boom has most definitely ended in traditional publishing—after an unprecedented Golden Age that lasted almost two decades—it continues to expand and evolve in the self-publishing realm. Veteran authors who have built devoted followings through traditionally published series are giving their fans what they want by self-publishing new installments of their respective series. And new indie authors—such as A. D. Koboah and Tanja Kobasic—are continuing to redefine the category with wildly innovative storylines that break new ground by courageously exploring new concepts and conceits.

Think paranormal fantasy is dead? Think again—it’s transforming right before our eyes, and these ten titles are great examples of that inconspicuous growth.

1. Dark Genesis,  by A. D. Koboah: Koboah’s debut novel—the first volume of her Darkling trilogy—is one of the most powerful genre fiction novels you will ever read. To describe this as paranormal romance or even vampire fiction would be doing the literary work a great disservice. It’s a soul-rending, life-changing story about dehumanization, prejudice, and the power of the human spirit. Although the novel begins in 2011 Atlanta, the majority of the story takes place on a Mississippi plantation in the early 19th century and chronicles the relationship between Luna, a slave girl, and Avery Wentworth, a vampire who is inexplicably drawn to her and attempts to save her from her nightmarish existence. Koboah’s use of imagery, symbolism, and subtle juxtaposition throughout is simply sublime—particularly her exploration into the similarities between slavery and vampirism. Although fueled by ingrained hate, fear, and cruelty, this novel is ultimately about the transcendent power of love. If it doesn’t bring you to tears, you may not be human.

2. Wrong Ways Down, by Stacia Kane: I’ve described Kane’s Downside saga as “groundbreaking, profoundly powerful, and one of the most socially relevant paranormal fantasy sagas ever written… whoever reads the first book of this series will be hooked.” And hooked is an apropos term for this saga—the heroine is a drug-addicted, tattooed witch named Cesaria “Chess” Putnam. Her love interest is a giant thug fittingly named Terrible, who works as an enforcer for Bump, the dealer who supplies Chess with her drugs. After releasing five Downside novels through Del Rey—and barely skimming the surface of this fascinating alternate history with a cast of unforgettably flawed characters—Kane is continuing the series by self-publishing Downside novels and novellas. Wrong Ways Down was her first self-pubbed Downside novel—and it was a gritty little gem. Written from the point of view of Terrible, the storyline revolved around a string of vicious murders of Bump’s street dealers and brutal attacks on his prostitutes. Terrible is tasked with not only finding out who is behind the assaults but also killing all of those involved—and I haven’t even mentioned the incredible love story yet! Downside is one of the very best paranormal fantasy sagas you will ever read. Period

3. Vanishing Twin, by Tanja Kobasic: A mind-blowing fusion of paranormal fantasy, romance, dark fantasy, and apocalyptic fiction, this novel—the first installment of the Untapped series—chronicles the lives of conjoined twins (Scarlett and Jade Jennings) who are fused at the pelvis. The sisters, in the midst of a national book tour promoting their inspirational autobiography, meet world-class illusionist Sebastian Cole, who has had an entire hotel and casino built around his act in Las Vegas. Scarlett and Sebastian have an instant connection, but Jade—who is smitten with the handsome magician as well—creates an incredibly complicated dynamic when it comes to sexual intimacy. This intriguing love triangle is just the first layer of a richly tapestried storyline that includes Nephilim, demonic cults, and deeply existential and spiritual speculation. As a genre fiction reviewer who has read and reviewed more than 8,000 titles, I can honestly say that I’ve never read a novel quite like Vanishing Twin—it is a unique and groundbreaking work.

4. Nightwalker, by Allyson James: Originally released by Berkley, the first three novels in James’ (the pseudonymous Jennifer Ashley) saga featuring Janet Begay—a part-Navajo woman who possesses the ability to harness the powers of storms for her own use—quickly grew a cult-like following of fans who couldn’t get enough of the storyline’s engaging fusion of Native American mysticism, amateur sleuth mystery, fantasy, and (at times) steamy romance. When James decided to continue the series on her own, fans around the world (myself included!) rejoiced. In Nightwalker, when Janet—who owns the Crossroads Hotel—and her shapeshifting boyfriend Mick try to save a resident of the establishment (a vampire named Ansel) from a vengeance-obsessed slayer, paranormal chaos ensues! Bottom line: I love this series and I’m so excited that Ashley decided to continue it—Janet and Mike are arguably the most endearing (and one of the hottest) couple in paranormal fantasy.

5. The Ryu Morgue, by Nicole Peeler: Any “best of” self-published paranormal fantasy list won’t be complete without the inclusion of Nicole Peeler’s addictively readable Jane True stories. Peeler’s lovable and libidinous selkie-halfling protagonist is easily one of the most original and iconic heroines in all of paranormal fantasy and even though Orbit’s six-book story arc is completed, Peeler continues to give her fans what they want: more Jane! The Ryu Morgue, The Hound of Bar Harborville, and the forthcoming Basic Incubus are all short stories (ranging from 50-75 pages) featuring Jane—post-pregnancy—and many of the characters that readers have grown to know and love, such as  Anyan, Jane’s shape-shifting hellhound lover, and Ryu Baobhan Sith, the metrosexual vampire who used to be Jane’s boyfriend,  to name just a few. Reading these short-form releases is like visiting beloved friends after years apart.

6. Blade Song, by J. C. Daniels: The first novel in this series written pseudonymously by Shiloh Walker features Kit Colbana, a halfbreed private investigator who is coerced into accepting a new job: to find the missing ward of the head of a local shapeshifter clans. A highly readable blend of dark fantasy, mystery, and romance, it is Kit’s irrepressible attitude and sense of humor that powers this novel—and series. This excerpt from Blade Song describes the novel’s undertone perfectly: “He was bad for me the same way too much coffee was, the same way too much chocolate was, the way everything good and sinful sweet thing was…and I wanted him anyway.”

7. Masters’ Mysterium, by R. R. Reynolds: Revolving largely around the morally bankrupt owner of a museum of oddities in Wisconsin who attempts to reinvigorate his flagging business by capturing a legendary creature believed to inhabit the woodlands of northern Wisconsin known as the Hodag, this debut novel is simply extraordinary. When two of the hunters that the owner of the museum, the Reverend Jay Masters, hired to capture the monster end up torn apart, the reverend visits the northern Wisconsin town where the killings occurred and stumbles across something that irrevocably changes him forever. The first installment of a series, this is paranormal fantasy done right—a page-turner of a novel that is original, thought provoking, and entertaining.

8. Yesterday’s Hero, by Jonathan Wood: When Wood’s brilliant debut novel No Hero was published by Night Shade Books back in 2011, I described it as “ a psychotropic cocktail of science fiction, urban fantasy, Lovecraftian horror, hard-boiled mystery, and unadulterated man love for Kurt Russell.” Featuring former Oxford police detective Arthur Wallace—who is now an agent of a clandestine government organization that deals with “thaumaturgical threats to the United Kingdom’s sovereign borders”—the novel’s storyline is insanely creative, jaw-droppingly audacious. But when its struggling publisher decided to sell its assets and left its writers in limbo for a short period of time, Woods self-published the sequel. Yesterday’s Hero is, surprisingly, more daring than its predecessor. In Yesterday’s Hero, Wallace—who still makes critical life decisions asking himself the question: “what would Kurt Russell do?”— does battle with a zombie T-Rex and evil Russian wizards, and that’s just the first few chapters!

9. Fire Baptized,  by Kenya Wright: Edgy and erotic, the first installment of Wright’s Habitat series follows Mixbreed heroine Lanore Vesta as she attempts to stop a serial killer who has been preying on the residents of the Santeria Supernatural Habitat in Miami. A fast-paced blend of urban fantasy, romance, and mystery, this novel is noteworthy not only for its unique heroine but also in its seamless fusion of multiple genre elements. Additionally, Wright’s subtle sense of humor and masterful use of sexual tension throughout make this a novel that should appeal to a wide variety of genre fiction readers. It’s Kim Harrison’s Hollows saga meets Stacia Kane’s Downside, with some “I’ll-have-what-they’re-having” sex thrown in for good measure.

10. Forged from Ash, by Marcus Pelegrimas: The seventh installment in the Skinners saga begins a new chapter in Pelegrimas’ saga that chronicles the conflict between humankind and a host of monstrosities who are attempting to enslave the human race and recreate the world in their dark image. As Forged in Ash begins, the world as we know it has ended and one of the saga’s central characters—monster hunter Cole Warnecki—has been transformed by his grief of losing his partner Paige Strobel. An addictively readable fusion of horror, dark fantasy, supernatural adventure, and apocalyptic fiction, this is unarguably one of the best—and most innovative—paranormal fantasy sagas ever written. Pelegrimas is the 21st Century equivalent of Bram Stoker. Enough said.

In the last 20 years, Paul Goat Allen has reviewed more than 8,000 genre fiction titles for companies such as “The Chicago Tribune,” “Publisher’s Weekly,” BN.com, and BlueInk Review and is an adjunct faculty member in Seton Hill University’s Writing Popular Fiction program. He has published one novel and two collections of poetry and is a member of the National Book Critics Circle. Readers of this blog are offered a $75 discount on the purchase of a BlueInk review by using the discount code D7G2. (This in no way guarantees a review by Allen.) If you are interested in receiving more blogs like this, sign up for our monthly newsletter!