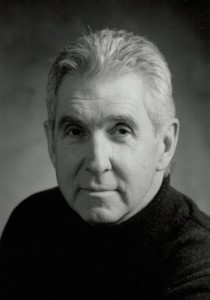 Big News! Blue Ink Star-reviewed book, After the Wind, has been involved in a major movie deal. The film, Everest, is set to release on September 18, 2015 and features megastars Jake Gyllenhaal, Robin Wright, and Keira Knightley.

Everest uses both Jon Krakauer’s bestselling book Into Thin Air and author Lou Kasischke’s After the Wind to retell the story of the 1996 Mt. Everest disaster in which eight people died during a super blizzard while attempting to reach the summit. It was one of the most tragic climbing expeditions in the history of Mt. Everest. Kasischke worked as a consultant to Universal Studios during the production of the film.

Kasischke’s book follows his real-life dance with death as he recounts his personal involvement in the infamous climb. The book details his thoughts and internal debates on the mountain, and his decision to not follow his team leader to the Everest summit — a pivotal choice that ultimately saved his life. It is a thrilling tale of danger, courage, and love. With beautiful illustrations and thoughtful descriptions, the book is a loving ode to his wife Sandy and to his passion for climbing.

When asked about whether he believes the film will reflect the real story of the fateful Everest climb, Kasischke said:

“The real story?… All reporting of this historic story has missed the real story. When Everest climbers climb above and into the Death Zone (above 26,000 feet), each is on his or her own. You either make it back down or you don’t—on your own. When things go wrong, rarely is the cause a force of nature. It’s almost always climber error—individual climber decision making. Each of us has a different story. In self we trust.

The tragic Everest “big story” is the confluence of all the individual stories. So, the real story is what pervades through all of them. The real story is why climbers in the same situation had different outcomes. Some lived. Some died… At noon, each of us had to make a decision about what to do next. The real story is how vulnerable our values and convictions were to becoming subordinated to ambition and pressures to succeed.”

The Everest film is certain to provide much food for thought along these lines. Stay tuned.

Meanwhile, we congratulate Kasischke on his success! To read BlueInk’s review of After the Wind, click here.

BlueInk Review offers credible and unbiased reviews of self-published books exclusively. Visit us at www.blueinkreview.com. If you are interested in receiving more blogs like this, sign up for our monthly newsletter!

Irene Sanders is currently a student at University of Colorado Denver studying communications. She is BlueInk Review’s spring intern.