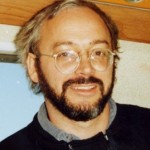 It’s no use trying to put a label on Scott Nicholson’s work. While he has firmly planted himself in the category of genre writer, the question is: which genre? His novels range from ghost and supernatural stories, to mystery, science fiction, zombie and horror — with a thriller thrown in for good measure.

But one thing you can say with certainty: Nicholson’s writing career, no matter its variability, is thriving. The author, 48, was recently listed on J.A. Konrath’s blog, “A Newbie’s Guide to Publishing,” as one of the top sellers on Kindle, with more than 10,000 books sold in December alone. When asked how many titles of his are currently available, he has to stop and take stock. “Hmm, I lose count, but if you count everything, it’s probably 25 different ebooks…I think maybe seven or eight are available in paper, too.”

But the author says he found it difficult “getting traction” in New York. Hoping to give new life to his out-of-print books, he began self publishing.

He has never looked back. “Once I found that indie fit all my talents and interests, it was a full go.”

A former journalist and now full-time author, Nicholson lives in North Carolina. We interviewed him via email about his prolific writing life, his latest sales successes and his approach to marketing his own work.

Let’s get right to the point. A list recently posted on A Newbie’s Guide to Publishing analyzing the top sales on Kindle indicates that you sold more than 10,000 books in December through Kindle. Is that true?

“Well, I regret talking about numbers now because that has become the crack of indie writers, and it always sounds like bragging or whining. Sales levels have replaced all the cool talk about sharing ideas and growing the craft, as well as experimenting with form. It’s understandable, though, because for the first time in history writers have a real-time notion of how their books are being received, especially for writers who were shut out of having readers for so long. I’ve done well enough and I am grateful to have been supported by so many people.”

“Actually, hardly at all, except for the long years of experience and the marketing practice. I do have some incredibly loyal supporters, but most of the audience I built in the paperback years vanished as my books went out of print. It was a ludicrous way to try to build an audience, now that I look back, but there weren’t many options.”

“Well, genre readers tend to consume more books, but also that list was just a subset of writers known by mystery and horror writer J.A. Konrath. A ton of romance and erotica writers are also selling bucket loads and aren’t on that list. The cheap ebook has replaced the cheap paperback as a preferred format, and voracious readers no longer have to drive to the store, so they are trying more authors.”

You note that three of your books, Drummer Boy, The Skull Ring, and Speed Dating with the Dead, might never have “made it through New York’s ever-tightening gauntlet.” Why do you think publishing houses would have turned those books down? And can you tell us how they’re selling for you?

“Well, sales levels and price are delicate matters, and again, I get tired of the numbers game. New York has a specific set of requirements, and a number of rejected books are just as good as the one that got selected, because New York only needs a certain number of books in each category. If the best 100 novels ever written in the history of the English language all hit New York at the same time, 98 would still get rejected. If you don’t believe me, look at the Kindle bestseller lists.

“A cheaper book will usually sell a lot faster but may not make as much money, due to the differing royalty levels. I doubt if I’ve earned what I would have made in an ordinary midlist deal for those three books, but I also still have the rights and I don’t have any out-of-print periods, so the books are as fresh now as they were when I published. Let’s just say my novel The Red Church has sold more copies as an ebook than it did in its original paperback life.”

You commented on a Huffington Post story that predicted ebook trends for 2011: “The indie breakout stories will happen with many different authors, and for shorter time periods, than in traditional publishing. I think the rapidity with which new authors will be discovered–and then discarded a little in the next rush–will keep things exciting for everyone.” Why do you think authors will emerge more quickly, but then be discarded more quickly in this ebook environment? Will this make things more difficult for authors?

“Does anyone remember Boyd Morrison? Not many do. He was the indie poster child of 2009, the Kindle star who got the big New York deal. He’s upfront that he took the deal because being on the hardcover shelves had always been his dream, but recently I checked his ebook ranks for an article (yeah, the numbers game), and he was way down there, and I believe he didn’t gain an audience, he lost an audience. Because this is a new audience, and he abandoned the growing audience for the shrinking audience. That, plus his publisher jacked his ebook prices from $1.99, where he sold a ton, to around $10, which automatically triggers an exponential fall-off for most people. But I think he got a pretty nice check, though, so I doubt if he’s second-guessing.

“Last year J.A. Konrath was mentioned in every blog post and article on self-publishing, partly because he loved the role of rubbing it in New York’s face. Amanda Hocking became a millionaire in a few short months and got all the worldwide press, but now it is John Locke racing up the charts. The window is already getting shorter for these cultural phenomena. Frankly, it’s not even as new and exciting anymore, because people are coming and going so fast. It already feels like we’re in the third or fourth turn of this revolutionary wheel.”

You have been extremely creative in your marketing efforts, for example, running a 90-day blog tour, in which you wrote 90 posts on 90 different blogs and offered readers who commented on your posts a chance to win three free Kindles.Â  How do you approach marketing and what seems to get the best results for you?

“I worked in media and journalism for 15 years, so I know it’s hard to ever pinpoint cause and effect with any single effort. Usually, it’s cumulative, which is why I try to do a little of everything. Well, actually as much of it all as I can–blogging, hanging out on forums, social media, advertising, and writing more books. I also run Indie Books Blog to help other writers get a little exposure. As long as I am enjoying myself, and hopefully coming up with something cool and new, then I never get tired.”

How are you able to be so prolific? Can you tell us about your writing schedule?

“Well, mostly it’s just plodding along over the years and stuff piling up. I always had the goal of writing at least two pages a day, because I figured that came to two novels a year. Luckily, I had a bunch (of books) when I went full-time indie. I write a lot more and faster now, since it’s my day job, but I enjoy it, even though sometimes it’s hard to get started. Sort of like swimming laps. The water is always cold when you dip your toe but you soon get warm if you dive in and go.”

You live in the Blue Ridge Mountains of North Carolina, and your fans often laud the realistic Southern feel to some of your stories. How does where you live influence your stories?

“I borrow from a lot of local supernatural legends, and I also explore the prominent theme of change here, how the “old ways” are being forced out by wealth and arrogance and ego. Rich idiots have to clear-cut the mountaintops so everybody can see how big their houses are, and then they only stay there two weeks out of the year. That’s a true sin of pride.”

On the FAQs on your website, you offer your condolences to one person who says he wants to be a writer. We know that your response is partly tongue-in-cheek, but is it partly genuine?

“Well, if you are a real writer, you are doing it when there’s no hope of pay or an audience. It’s a compulsion. Probably a peculiar set of specific mental disorders. I always say you should enjoy the process, because that may be all you get out of it.”

What is your goal when writing novels?

“I usually have a feeling of what I am hoping to say, a theme of sorts, though it’s never as obvious as ‘Moby Dick is a symbol.’ I never knew what the hell Moby Dick was about. I was bored by it – except the parts where Moby’s tail is smashing boats and killing people. So my goal is to keep it together and get finished, and then revise it over and over until it’s one cohesive ball.”

What percentage of your time do you spend on marketing vs. writing?

“It’s difficult to parse it out, because it all feels wrapped in the same thing. Every day is different, yet attending to some of the same basic tasks. Really, it’s not just my business and my job, it is my hobby and my passion. So I feel truly blessed. I usually work about 70 or 80 hours a week at it, plus I still do freelance editing on the side.”

Is there anything publishers provided for you that you miss in self publishing your books?

“Well, I would like to have my books widely distributed in stores, but that’s not even important in income and it’s incredibly inefficient. I have stacks and stacks of books my work is in, piled away in the closet. I don’t have a huge emotional attachment to them. I am more interested in the current work in progress. The rest of the New York ‘benefits’ can be swapped, learned, or bought, but most of it is free. It’s a business with little overhead but time.”

What advice can you offer authors who are considering self publishing? What’s the most important thing for them toÂ consider before jumping in?

“The obvious is to make sure your book is the best it can be. Get pro editing if you need it, or a handful of trusted people to proofread for you. If you can’t design a decent cover, or format your file for ebook or paper, find someone to do it, even if you have to pay a little. Then jump in and learn.”

For more information on Scott Nicholson, check out his author website.