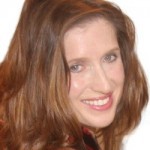 Sally Shields’ publishing success came from a simple dilemma: “Like most women, I got married and got a mother-in-law. But after a couple of years, I was left scratching my head, thinking, “Where is the manual for this?!”

It wasn’t necessarily the big things that got in the way of her relationship with her mother-in-law. But those little things could be a bear. For example, after giving her mother-in-law a DVD with home videos of her kids, her MIL scoffed: “I’m the ONLY person in Ohio that doesn’t get PROFESSIONAL shots to hand out to my friends at Bingo!”

Says Shields: “At first I was really defensive (umm, I spent the entire 4 day visit sulking about) but then I realized, how hard could it be? So, when we got home I booked a sitting at Sears with one kid holding a giant carrot and the other in oversized bunny ears. I got lots of wallet sizes made up, sent them off, and my MIL was happy as a clam!”

Longing for a book that would help her navigate these rough waters, Shields approached the authors of “The Rules,” thinking they might want to offer advice in a new Rules book. Instead, they encouraged her to produce the manual herself.

Shields took up the challenge — and a challenge it was. After contacting over 100 literary agents, she was signed. But that was only the beginning: there was the long grueling process of writing a book proposal; the 15 rejections from publishers; the ever-eroding faith that the whole process would work in her favor.

“I slowly realized that even if I were lucky enough to get a publishing deal, it would require signing over my rights and editorial control, and allowing the agency and publisher to decide on my book cover, interior layout, formatting, pricing, and release dates — all of which could take between one and two years, maybe more. And the publishing company would retain more than 90 percent of my book sale revenue.”

She decided to opt out of the contract with her agent and self publish. Shields has since sold 10,000 copies of her book, launched a consultant career advising other authors on how to publicize their books and helped daughter-in-laws all over the country with her book: “The Daughter-In-Law Rules: 101 Surefire Ways to Make Friends With Your Mother-In-Law.”

We interviewed Shields about her book success via email.

What was your thought process in making the book–what did you want it to look like, feel like, etc.?

”¨What would you do differently in producing you book if you knew then what you know now?

The only thing I may have done differently was to have skipped over the part where I tried to go traditional straight out of the gate and went straight to self-publishing. However, I learned a lot from the process of pitching agents and writing a proposal…

How did you get started selling your book?

I heard about a course that taught authors how to get free publicity on their own through zero-low cost strategies. This was a very attractive idea, since hiring a PR firm can cost up to $8,000/month! What I learned in this class is that there is nothing that can help you build credibility and increase sales faster than having the distinction of “bestseller status.”

So, through an online email blast strategy, I brought my book to the #1 spot in Wedding Showers on Amazon.com. This is a category that includes everything from journals and memory books to bridal shower ideas and wedding games to wedding etiquette and bachelorette receptions books. I was thrilled to sell 1,500 books in one day! That, I must say, was a fundamental factor that afforded my book an essential credibility boost.

Can you explain that email blast strategy? How did that work?

Essentially, an email blast is a coordinated effort in which authors or their publicists enlist partners to make a book a bestseller with one of the big online booksellers, in my case, Amazon.Â The object is to accumulate a huge number of names and e-mail addresses. Partners agree to broadcast the launch to the names on their lists and contribute bonus incentives that will sweeten recipients’ interest in buying the book during the blast period.

After that big success, how did you maintain that momentum?

I embarked on a journey to learn as much as I could about selling through non-traditional methods that had little to do with bookstore sales, since that wasn’t an option anyway.Â (When you have a self-published book, you are listed as having a non-returnable status, so most chains only carry traditionally published books. Sure, you can go door to door, store to store and have your local B&N put a couple of books on their shelves, but unless you have a platform such as a radio show or reality TV presence, the likelihood of someone walking into a bookstore and finding your book is pretty rare. So, it just doesn’t justify the effort.)

”¨I wanted to find a way to help the reader implement the strategies in the book, such as sending flowers to their MIL, so a coupon code from a flower company seemed like a great idea.Â I got 1-800-flowers to give me an ad in the back of the book that said, “Want to Be the Best Daughter-in-Law? Save 15%; use Promo Code DIL.” It’s a win-win since it drives traffic to 1-800-flowers, gives credibility to The DIL Rules and provides a discount for the reader.

I also learned that corporations are often interested in using books as premium incentives to give to their customers or simply as gifts to their employees.Â I contacted several corporations such as David’s Bridal, JC Penney and Bed Bath & Beyond…I never broke through to any of the aforementioned companies, but it was a tremendous learning experience. What I found out was that I would have had to have written another book branded specifically to these companies, which I may be willing to do, sometime in the future.

Over many months, I studied the top gurus, ranging from authors and publishers to media trainers, agents, radio hosts, producers, distributors and more. By this time, I was getting more and more interested in (obsessed with!) book marketing, so I decided to take a leap of faith and signed up to attend very costly 4-day event in New York City. My husband was sweating bullets! However, at this event, I met producers from over 100 national TV and radio shows, and over 50 book marketing agents, distributors and publishers.

Did those connections pay off later?

Going to the Media Summit proved to be the turning point in terms of getting professional publicity. Learning how to effectively pitch the media with short soundbites coupled with my subsequent media training led to hundreds of interviews…. I made lots of connections but mainly it was the training that was provided that proved to be the most beneficial in terms of moving forward.

You have since been featured as an expert on Martha Stewart Whole Living Radio and Dr. Laura Schlessinger (No. 3 nationally syndicated radio therapist) who recommended The DIL Rules as her “pick of the week.” And even called in by Fox News to talk about the possibility of President Obama’s mother-in-law moving into the White House. How nervous were you the first time you were interviewed? What did you learn as time went on?

It was definitely a process. I started doing interviews on the internet, then graduated to radio. Someone who cared about me suggested that I hone my interview skills, and upon their recommendation, I got some media training. Best advice I ever got! After that, I graduated to local TV, then syndicated, then national television. So by the time I got to Fox News I was very well prepared with all of my soundbites!

What kind of sales jumps did you see after TV appearances?

Usually I experienced a big flurry of sales directly after a television appearance.

How important were reviews to your marketing plan?

Reviews were key. I spent more than a year aggressively pursuing reviews– from mommy bloggers on the Internet to national magazines such as For the Bride and Star.

Other than sales, what benefits have you experienced as the result of becoming a “bestselling” author?

All the publicity I created has helped me create a money-generating brand, worth thousands and thousands of dollars. I now have a speaking career.

Most of the time I am asked to speak about how to get free publicity. I have given seminars at many self-publishing book expos and writers conventions, both online via tele-seminars as well as in person.Â Â My two topics are: How to Become an Amazon.com Bestselling Author and Publicity Secrets Revealed: What Every PR Firm Doesn’t Want You to Know!

I am also a radio host for a show called Blurb. Blurb helps authors learn how to pitch the media through the use of an elevator speech and gets authors to practice putting their soundbites together. The media as a rule doesn’t have time for rambling authors, so we teach them how to say the most about who they are, what their message is and what they can do for an audience in 15 seconds or less. We also have them prepare soundbites allowing them to practice a mini-interview within a 3-minute period, tops.

In addition, I’m working towards accomplishing a lot of things, such as fundraising and executing events with the big wigs, such as the Breast Cancer Research Foundation andÂ 1-800-flowers.com.

A percentage of my books sales goes to the BCRF. Corporations always enjoy having their name associated with a charitable cause. It promotes a tremendous feeling of goodwill and they can also use it as a tax write-off. Not to mention that tithing is the most ancient secret in the world.Â  However much you give will come back to you exponentially!Â  As well, the charity you support will support you by listing you on their website, etc.

What has the reaction been to your book from readers (and their mother-in-laws)?

I have been fortunate to receive emails and letters worldwide saying that the book has helped them tremendously. There have since been NING support sites established, as well as Daughter-In-Law Rules chat rooms on Yahoo, and local support groups have formed. It has truly been a phenomenon.