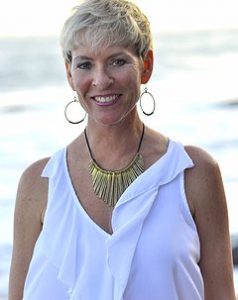 “The Real Cost of Self-Publishing” is an ongoing blog where we ask a self-publishing author to break down his or her expenses, in order to give others an idea of the costs involved in creating a successful book. Today, we talk to Carrie Dickie, author of “Network Marketing: The View From Venus.”

Dickie’s manual gives readers insight into the network marketing industry. The author describes network marketing as “the purest form of distribution.” A network marketer sells products directly to the consumer, taking the middleman retailer out of the process and the bottom line. Dickie, 54, is an independent distributor for LifeVantage, which sells nutritional supplements designed to reduce stress on the body. In conjunction with this, she runs her own website, lovelaughlead.com, that features motivational blogs and opportunities to get involved with the product (both buying it and selling it).

Although the book’s primary focus is the nuts and bolts of network marketing, The View From Venus also doubles as a self-help book by encouraging readers to help realize their passions.

Dickie lives with her husband and two sons in Orange County, CA. and graduated from the University of Colorado Boulder with a degree in advertising. She worked as a waitress, personal trainer, and held many other odd jobs before starting a career in network marketing 23 years ago. She is currently working on her second book, My Journey to Venus, due out later this year.

Dickie has sold 2,500 copies of her book in paperback and audiobook since it came out in April of this year. Below, she shares her experience with self-publishing her book.

Initially, Dickie used a company she found online to help her self-publish her book. With this company, she spent $2,000-$3,000 for editing, and layout. More fees came with more edits, and expenses started to add up without a book being close to finished, and it would take weeks to reach a representative from the company. Her experience with this service was frustrating, and she eventually severed ties with the company.

After her experience with the online publisher, Dickie hired a professional editor. Dickie would write a chapter, then send that chapter to the editor. During this process, however, she felt as if her book was being edited too much and she was losing her voice. She then turned to friends and family members to help edit but later hired another professional editor through a book shepherd, with whom she was satisfied. All editors focused on content, grammar and punctuation.

She commissioned an artist to paint an image that was published inside the book.

After her experience with the initial company she worked with, Dickie hired a book shepherd to finish the process of self-publishing her book. With this publishing consultant’s help, Dickie was referred to skilled professionals who helped further edit, design and lay out the book, which was ready for publishing within 3-4 weeks. This fee reflects the book shepherd’s fee and not the fees of the professionals subsequently hired.

Dickie hired a professional to design and lay out the book.

She published the book through CreateSpace on Amazon at $4 per printed copy. She initially ordered 300 copies of her paperback book and then ordered more copies once those sold.

Dickie’s book shepherd referred her to a professional who recorded the audiobook for her.

Dickie’s book shepherd referred her to a professional who designed  her book cover.

Dickie didn’t keep an exact total of all the expenses, but she knows there were miscellaneous costs that came during this process and estimates that they added up to about $1,000.

Dickie didn’t spend any money on marketing. Rather, she had an established group of friends and colleagues who promoted her work. She also promoted her book during some of her public speaking events.

In the end, Dickie spent around $19,800 on self-publishing Network Marketing: The View From Venus.

Dickie shares her advice for people interested in starting the process of self-publishing:

Morgan Mackey is a student at the University of Colorado Denver studying Communications. She was BlueInk’s summer intern.

3 thoughts on “The Real Cost of Self-Publishing: Carrie Dickie”