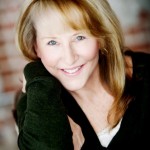 After spending four years writing her book and four more trying to sell it — Cathie Beck had one overriding thought about her writing career: “I was like (expletive), I should have gone to law school.”

And who could blame her? The publishing business is notorious for bringing writers to their knees.

But Beck is a former teenage mother who raised two children on her own. In other words, she wasn’t used to giving up. She clawed her way out of a deep funk, self-published her memoir… and now?

Recently, Voice/Hyperion released Beck’s book, Cheap Cabernet: A Friendship. The story of Beck’s powerful friendship with a woman who had multiple sclerosis, the book represents a triumph of the author’s perseverance and marketing savvy as much as it does her considerable writing skills.

Beck, 54, is a freelance writer and public relations specialist. The roots of her story date to 1998, when her friend Denise died, leaving Beck to deal with the grief. A year later, the Columbine shooting occurred, and for some reason, she recalls, it served as a catalyst, driving her to write about the friendship.

“I decided to see if I could write a long short story about her death…I couldn’t think about writing a book because it was too monumental, so I just wrote this 90-page thing that had an arc, a beginning, middle and end. Over the course of the next few years, I worked on it steadily.”

Eventually, she began to think about how to sell the piece, which had morphed into a book by then. Never short on schemes, Beck pitched Poet’s & Writers magazine the idea of talking to female literary agents to see what they look for in memoirs. The magazine’s editors bit, and she flew to New York on her own dime, soon finding herself face to face with the people she hoped could help her.

“I went into the interviews with my little tape recorder and let the agents talk about themselves for 25 minutes — because I really was writing a story — but then I would snap off the recorder and say, ‘This is bullshit, I’ve written my own memoir — would you look at it?’ All of them laughed and said ‘absolutely.’”

One of those agents even agreed to represent the manuscript, which raised Beck’s hopes. But a year and 25-30 rejections from publishers later, her publishing prospects felt dim again. “We were sensing that the other character in the book wasn’t likable enough. So I ripped half the book out and rewrote it. It was like peeling my skin back without anesthesia.”

A year later, even that seemed less painful than what happened next. “My agent sort of shrugged her shoulders and said, ‘I don’t have any more steam.’ And then I was bitter pissed and I put the manuscript on the shelf.”

Enter those dejected thoughts of law school. Beck fell into a funk and spent another few years feeling as if the universe were playing a cruel trick on her. She had read enough mediocre books, after all, to know that her manuscript was at least as good as much of what’s out there.

She let the book sit. And then inspiration struck again, in the form of on article she came across in Forbes magazine in June of 2008.

The article detailed the plight of author Elle Newmark, a woman who had had similar trouble getting published. Newmark had written several books without landing a publishing deal. After taking an online marketing class, she decided to self-publish and throw a “virtual party” for her most recent book. The idea was to blitz the Internet with invites to her “party,” which would take place on her website on a given day. People could then buy the book from the website.

The goal was to sell enough books to show up on Amazon’s bestseller list (meaning her book would have to become one of the top 100 bestselling books for that day). The achievement, she hoped, would attract the attention of agents and publishers.

And that’s exactly what happened. “She got an agent and a deal,” says Beck. A seven-figure, two-book deal, to be exact.

The decision to self publish

Newmark’s sucess renewed Beck’s determination. “I decided to ramp up what Elle Newmark had done.” Beck would self-publish her book, then sell “all of my books on one day, in October of 2009, because a lot of books are acquired in the fall.”

Beck found a printer, book designer and editor. “It was hard. I had to cut down on my money-making work because of the time involved. I made literally half of what I usually make in a year. It was all on a hope and a prayer, and I had to be OK with, if this doesn’t work, I’m $13,000 down.”

She plowed forward, planning the “party.” Beck sent out emails, asked people to link to her website — even found a winery that agreed to make a private label offering named after her book. “I created beautiful packages of custom-made wine glasses and books and press releases…It was a blitz of gargantuan proportion. It took 5 months of my life, full time.”

When the day arrived, everything seemed to go as she had hoped.

“All sorts of people were Facebooking, Twittering, ‘Go buy this book, right now; it’s really good.’…I had built up a spreadsheet with 5-600 literary agents, book publishing houses and film rights people. As the ranking went up, I was sending all of those people updates, screenshots of what was happening with this book on Amazon.” At one point, she recalls, her book was neck-and-neck with Madeleine Albright’s Read My Pins, sharing No. 12 spot in the “memoir” category.

While she guesses she sold 500-600 books that day, by 7 p.m. that night she wasn’t celebrating — far from it. She had no offers from agents or publishers. On the contrary, the hate mail was piling up in her inbox, with agents and others saying, “Take me off your list; who do you think you are?”

“I had 86 hate emails and nothing good,” she recalls. The next morning, “I was so fatigued and so emotionally drained. I went over to City Park and cried and felt sorry for myself.”

And then, she came home, turned on her computer and “there was one email from Jennifer Weis, the executive editor of St. Martin’s Press. She said, ‘Overnight me your book.’ It may have been the best email I ever received in my life.”

Just in case you are leaping to the conclusion that this was Beck’s happily-ever-after moment, we should note that there’s more angst to Beck’s story: more waiting as other editors like Weis requested to read the book, but didn’t offer to buy it. More days dealing with her roller coaster of emotions. More hopes raised and then dashed.

And finally, Beck shipped off one more email: to a powerful agent she had met while researching her story for Poets & Writers, a woman who had been supportive without committing to represent the book. Beck described all the interest the book was generating and voiced her frustration at not having an agent to field any resulting queries.

“She emailed me back and said, ‘Send me your phone number.’ I was still in my pajamas, still in bed — flannel sheets, flannel jammies. She calls and I said, ‘Hello,’ and she said, ‘Look, I’m in a noisy Starbucks in the middle of Manhattan, so forgive me for being rude, but I’m just going to talk at you. Overnight me 10 copies of the book, send an email to everyone you’re talking to and tell them if they want to talk to you, they’ve got to go through me.’”

“And life changed from that conversation.”

A month to the day after her book party, three major publishing houses were vying for the book. The happily-ever-after moment had come.

Beck declines to say how much of an advance she received from Hyperion, though she notes that the deal was probably affected by the plummeting economy in 2009. “It wasn’t life-changing money. I’m still a journalist; I still have a boutique PR agency.”

But the psychic rewards are immeasurable.

Beck notes that she has wanted to have a book published since childhood. “It has been a burn in my belly — it sounds clichÃ© — since I was 5 years old. I’ve always wanted to have an ISBN number with my name on it. That’s a fact….I’ve just had this thing in my soul. Over time, I guess, you get older and you’re like, well, I’m going to be dead either way. I would rather be dead and having published a book.”

At her booksigning at the Tattered Cover in her hometown of Denver, she held up a copy of the book and reveled in the moment.

A FEW QUESTIONS FOR CATHIE BECK

What is the single most important tip you have for those self publishing a book?

“Don’t cut corners. Make it letter perfect. Get a designer, get an editor, monitor every detail.”

Is there anything you would have done differently, looking back?

“No. I didn’t feel like I should have done anything differently, or that I left a step out. One thing (though), I wanted to secure four or five credible book reviews. (Following the advice of the marketing person at my on-demand printer), I sent a book to this woman who reviews books on Amazon…and she wrote a vitriolic, hateful Amazon review (more about how she didn’t like the moral character of me and my friend than about the book itself)…I should have done more due diligence to find out who she was. That’s one thing that didn’t go the way I wanted.”

Let me be a little be self-promotional here, can you talk about the importance of reviews in marketing your self-published book?

How has the reality of getting a book deal differed from what you expected?

“I’m no longer the boss of everything… Once you’ve sold it, you sold off your child and you’d better be OK with that. I’m not saying it’s a bad thing, but it can be an adjustment to realize you’re only part of a bigger picture now.”

Do you have a new book you’re planning? And if so, how would you approach its publication?

“Yes I do. I already drafted another book in 2007, 2008, when nothing was going on (with Cheap Cabernet) and I was writing another book to help relieve the disappointment. I hope my agent can sell it. I hope she likes it, and I hope she sells it.”