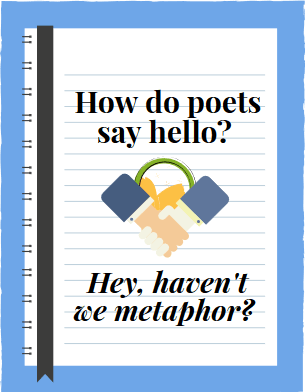 “Oh, the Mistakes We’ve Seen!” is part of a series of BlueInk Review blogs offering advice and insight into self-published writers’ most common errors, as seen in the more than 6,000 reviews of self-published books that we have provided since our inception in 2011. Below, we have compiled excerpts from our more unfortunate reviews, each of which expose common writing blunders.

So what makes the bad review rear its dreaded, beastly head?  Here are some traps you should avoid at all costs when writing poetry:

Rhyming is a useful tool, but the subject of your poem and the message you’re trying to convey should be your topmost priority. Nothing should compromise this, and rhyming is no exception. Don’t forfeit clarity and correct syntax and grammar for the sake of it. It will come off as amateur and careless to your readers, and the poem will be hard to decipher.

Here are some examples of poets scrambling stories up to make them rhyme:

“[The poet’s] rhyming scheme can also be problematic. In several instances, words and phrases seem added only for their rhyming qualities, rendering the entire entry nonsensical. For example, [one] poem…begins: “All I do these days is work/ How come Miley can just twerk?”

“Other poems…are decidedly more upbeat, but still contain ambiguity, in part because of imprecise and awkward language used in forced rhymes (‘A puzzled look upon her face as if the moment/ were indeed to [sic] much haste’).”

“Most pieces employ rhymed couplets. Unfortunately, they often strain to rhyme: ‘Now that I’m considerably wasted/ Since success I have already tasted,/ Let me be myself and with a new ingredient cook/ Get lost or hide myself in some idealism book.’”

The best poets use imagery to help them reach readers on an emotional level. For example, Allen Ginsburg’s renowned poem Howl, begins with a string of startlingly vivid images.

“I saw the best minds of my generation destroyed by madness, starving hysterical naked,/dragging themselves through the negro streets at dawn looking for an angry fix,/angelheaded hipsters burning for the ancient heavenly connection to the starry dynamo in the/ machinery of night…”

Imagine if he had just written “My generation was a mess”!

Think about the senses, and use them to your advantage. Show rather than tell, as that’s what will give your poetry its impact. Write with your heart instead of your head.

Some excerpts that prove what happens when imagery is neglected:

“Most [of these] poems tell readers what to think rather than providing scenarios and images that would allow them to reach their own conclusions; they explain rather than embody their message. For instance, in [one poem], the speaker begins, ‘I feel alone in my shared journey […]/ Others are around but not understanding any more than what they can understand.’”

“Toward the end, the speaker offers broad statements (‘A deeper understanding/ has entered my mind’) about the transformative moments that brought her to ‘Peace’ and ‘Self-Love’ when sensory depictions would have been more effective.”

“Unfortunately, the [poems] lack sensory details and recount experiences in language more representative of a private journal entry than a poem written with a reading audience in mind. Such lines as, ’I’M SCARED/ I WANT A COMPANION/ IT’S COLD/ I FEEL EMPTY/ […] I WANT SOMEONE WHO LOVES ME UNCONDITIONALL’ read as a simple transcription of feelings rather than an artful translation of them.”

Collection has no coherence:

Poetry collections work best when there is a thematic thread that binds the poems together. Just as each poem must have a sense of purpose, so, too, should the work as a whole. When you’re putting your collection together, consider: Why are your poems being told? Why have they been assembled in this way? Readers naturally look for connections they can make meaning out of, and it’s harder for them to engage with your poems when the volume is a mix of unrelated ideas.

Some unfortunate instances of collections that were failed to live up to their name:

“[The collection] is a poetry potpourri that spans 36 years and a thematic gamut from love, religion, and mental illness to family, food, and popular culture…[for example,] readers pass through several Hollywood-inspired persona poems, written in the voices of Margaux Hemingway and Sylvester Stallone, before arriving at the final pieces, which mix violent imagery with evangelical spirit.”

“The poetry collection examines a wide range of topics, everything from sadness and the destructive nature of vengeance to indigestion and the speaker’s love of chocolate…This collection would benefit from strong, clear organization; although divided into sections, the poems’ placement often seems irrelevant to the stated themes.”

“These voices alternate frequently, creating an awkward trajectory as the work shifts from poems of political outrage…to personal narrative; to a poem…which attempts an epic examination of Christian theology in light of Greek mythology. The result is a kaleidoscope of ideas that display an active mind, but that might have been better presented in essay form to serve the author’s polemical intentions.”

Kiana Marsan is a second-year undergraduate student majoring in English & Literary Arts at the University of Denver. She is an intern at BlueInk Review.

BlueInk Review is a fee-based book review service devoted to self-published titles exclusively. For more news and writing and marketing tips, sign up for our mailing list. And be sure and visit us at https://www.blueinkreview.com.