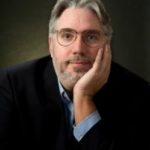 Many books these days are sequels, often part of a series. As I have recently discovered, writing a sequel is a very different experience from writing a standalone book.

Over the last four years or so, I have been working on a sequel to my first novel The Marriage of True Minds (Unbridled Books, 2008). In doing so, I encountered a number of questions. And it seemed to me that the answers to these questions were related, and that each choice I made affected the possibilities in the others.

Here are the questions I had to consider:

There is a tale that metaphysics was so-named simply because Aristotle placed the subject after his treatise on physics. In the same way, sequel implies sequence. But is it the book or the story that comes ‘after’? The previous story (most likely) occurred in a definitive time and duration. How will the new story relate to that time? Will it be continuous? A year later? More?

Think about the way the previous book is structured, the architecture of the tale. Is it in a three-acts, or four, or more (mine was nine)? Should you continue with the same structure? Mirror it? Or forget it and tell the next story independently?

The Cambridge dictionary defines literary point-of-view as “the voice in which a story is told and its relationship to the events in the story”. Your first book defined one or more points-of-view. In the sequel, who can tell the story best? One or more of the characters? An omniscient narrator?

There is a line in The Marriage of True Minds that says: “memory is imagination in reverse”. I’m thinking here about you the writer. How well do you remember the story you wrote? If you like me are writing years later, should you re-read your work to ensure consistency?

(The answer seems obvious—yes, you should. But I can tell you that I chose differently. I had a vision for the new book and the energy to write it. I didn’t want to subvert or complicate either. During the editing process, however, I continually checked the old text to confirm details. My recall level for those details was about 50/50. But then that is about my recall level for yesterday.)

There is also the memory of the reader to consider. How many readers were there? How well will those readers remember the first work? Should you include a prologue of some sort? How much backstory do you need to incorporate to make sure that readers are not lost in transition?

After working through these questions, I decided not to write a sequel at all. Instead, with the generous permission of my previous publisher Unbridled Books, I combined The Marriage of True Minds and its sequel into a new work: The Island of Always.

If I write another sequel, or another book, I will feel better prepared to answer these questions. And I won’t be surprised to find answers I did not expect.

Stephen Evans is the author of  The Island of Always.

BlueInk Review is a fee-based book review service devoted to self-published titles exclusively. For more news and writing and marketing tips, sign up for our mailing list. And be sure and visit us at https://www.blueinkreview.com./