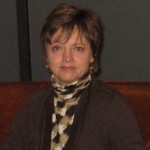 Writing her self-published book was the simple part, says author Jo Myers. Then came the hard work of getting it out into the world. “My head became a hat rack for author, self publisher, distributor, businesswoman, promoter, market, producer and speaker, all rolled into one — the me that I needed to become.”

It wasn’t easy, but Myers now also wears the hat of successful author. After her intense marketing campaign for her book “Good to Go: A Guide to Preparing for the End of Life,” a practical, yet humorous, book about baby boomers preparing for and coping with the passing of their parents, Myers sold enough copies of her book to attract an agent, who recently sold it to Sterling Publishing.

How did she do it? We recently spoke with Myers, a long-time Colorado radio personality, who took us through her approach, step by step.

Can you tell us what your strategy was for marketing your self-published book? Your subject is serious, but you seemed to have fun with it as well.

Well, my strategy was to go after my (radio) listeners and try to get my book in front of them. You see, I had a following because I was on the air for so many years. I focused on getting the word out to people who had already expressed an interest in my work on the air.

(In addition), I’ve always been the kind of person who feels like you have to do something out of the box to attract attention, and then once you do that, people might look at your work… From the very beginning, I tried to make things very different: (I thought) where would be the most unlikely place to have book launch party? A funeral home. It fit because my topic has to do with pre-planning for death. So, I had my book launch party at a funeral home…The next day, I threw some books in my car and took off for a funeral convention in Las Vegas, which attracted attention there and in Denver. I’d already lined up television interviews; that crazy trip just gave us more to talk about on the air…You just call in all your chips, all your markers, and try to get people to respond.

What other kinds of book marketing did you do?

I was persistent. I knew it would be a good fit to be on (local radio personality) Peter Boyles’ show because he’s always talking about things that are different and unique, and I felt that baby boomers listen to him and would be interested in the topic. A lot of baby boomers had passed away that we both knew, people in the media, and I thought he’d pick up on that, and he did…

I did book signings. The first book signing I had was at Borders. I walked in and the guy (in charge) goes, “There’s a table; if someone comes in we might bring in a chair or two — and good luck.” He was thinking it would be your typical book signing, one or two people. I had 90 (by getting as much media attention as possible before the signing, including an article in the Denver Post and a radio interview).

I placed books in area bookstores, but also focused on non-traditional outlets. For example, a friend in Tulsa, Okla. arranged a talk at a local church. I got a radio interview (there) and spoke to a World War II veteran group–all, part of a little book tour we put together. And then I had some talks at a community college and sold some books that way. I talked to some financial guys I knew. I said I’d give them a special price to buy books and they could sell them at a premium…

I had a friend who owned a UPS store, and he said he’d let me put the book in the store; he probably sold 100 books in a couple months. I had my books with an acupuncture business, a consignment store, a beauty salon. An assisted living center director purchased 40 copies as gifts for clients and as an educational tool for employees. I donated copies to a cancer center and other health care facilities…

I also networked to get myself speaking engagements with medical workers, college classes, senior centers, and service providers for end-of-life needs. My book sold well in the back of the room after these talks. Teaming up with new friends made in the so-called “death industry,” I facilitated forums and wrote articles for a professional journal.

In other words, I worked it.

How many books did you sell this way?

(Myers did not say specifically, but it was a substantial number for a first-time author.)

Did you get any reviews of your self-published book to help in marketing?

Yes. I think having my book reviewed was awesome. I contacted the National Association of Baby Boomer Women and got a form online back, saying that they couldn’t look at my book if I wasn’t a member. So I joined. I sent the book in, it was reviewed, and I loved the review because the last line was, “I’ve never seen anything like it.”… That review helped me… I could use it as a promotional tool–I fixed it up nicely on my computer and sent it out as an announcement, and it got me some attention. And I could put it on the bottom of other things (that I sent out). I cherish that review.

You were a broadcaster, so getting air time was probably relatively easy for you. Do you think other self publishers would be able to achieve this same level of publicity?

Naturally, I called in favors collected during my radio career, but there were equal amounts of reaching out to on-air personalities who I didn’t know. You’ve got to learn what makes these people tick; (for example), you’ve got to listen to them (when they’re on the air), make sure you don’t mispronounce their names…I think even if I hadn’t been a media figure, I would have invited members of the media to my events and would encourage other people to do so, as well.

Why did you want to attract a traditional publisher?

My husband’s cousin is in publishing. He saw the book at his parents’ house and asked me if I was looking for a publisher. I said, “I don’t know,” but later I thought, “Sure, I’d like to be a published author. I’d like to have a publishing company buy my book.” I didn’t realize at the time that you have to work just as hard to promote your book (if a publisher picks it up), and that you might make more money if you self publish… I was encouraged by some other people in publishing who reached out to me. Then I thought, “I’m like a Rottweiler, I’m gonna see this through.”

How did you go about finding a traditional publisher?

In my quest for a publisher, I spoke with a friend of my husband’s cousin–a childrens book publisher–who encouraged me: She said, “Send the book directly to publishers and agents with a great query letter and your book-marketing history. But first do your research to make sure your book is a good fit for the company or person.” I read the acknowledgment pages of books I had enjoyed, and if the author thanked his or her agent, I noted the name.

I sent out 20 (queries)–you gotta wow ’em with that subject line. Most of them were very nice. I found my way to an agent, through another agent who had left the business…Eighteen months later, Good to Go was indeed good to go–please, pardon the pun!–with Sterling.

Do you think it was important to self publish your book before looking for an agent?

Yes. I do. Because I don’t think I would have gotten a publisher if I hadn’t had a book cover with the little birdies on them. (The cover of the self published version of her book featured cartoon birds—one was upside down, expired–on a telephone wire.) I think that cover grabbed them. Even the spine, that half-inch of real estate there, attracted attention…I think self publishing was very important.

If you could offer only one piece of advice to others trying to market their self-published book, what would it be?

Outline a plan; keep it loose, but work hard; and don’t be afraid to play dumb — like you don’t know any better than to ask the governor to read your book and comment on it. It worked for me.