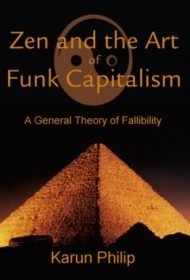 The rise of populist governments, from the U.S. to Brazil to the Philippines, signals a loss of confidence in political “establishments” with their conventional wisdoms. In this book, Karun Philip offers non-establishment solutions to social issues including education, poverty, and the challenges of entrepreneurship in developing economies.

Philip follows Austrian free-market economist F.A. Hayek. With Hayek, Philip holds that all theories, and in fact all human perceptions, are fallible. Since no one has an infallible picture of reality, any justification for coercing people to behave or think in certain ways is itself fallible. Therefore, the main purpose of law is to ban coercion. Activities that don’t coerce someone else are allowable.

The author applies his twin axioms of the fallibility of all theories, and the principle of non-coercion, to fields such as banking, law, social welfare and religion. He shows how creative solutions based on these axioms can create private incentives to resolve social problems. The author avers that solutions based on enlightened self-interest, rather than on government bureaucracies, are more cost-effective and productive.

Philip admits that historically wealthy and powerful groups have oppressed socially weaker groups, for example ethnic minorities or unskilled laborers. He argues, however, that socialism has failed such peoples, and that answers to their plight are possible through a creative use of free-market solutions.

Philip’s breezy prose explains difficult subjects, for example the history of banking, remarkably clearly for the educated layperson. However, he assumes that “socialism” has failed but neither defines the term nor explains how it has failed. Germany has had socialized medicine since 1883, which some would call a success; the author should have supported his dismissal of socialism. Technical errors also distract: incorrect verb tenses, missing words, and typos.

Yet, Philip’s wide-ranging text represents an integrated philosophy. Avoiding extremes, with sober rationalism, he offers solutions without the baggage of standard political or ideological pigeon-holes. The book will interest readers who vote Libertarian, budding entrepreneurs, and non-academic philosophers.