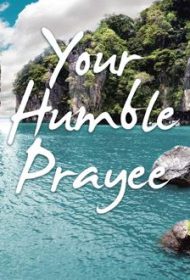 Beautiful photographs of waterfalls create an aura of serenity around this simple—but often puzzling—book of prayers.

The slim book consists of seven prayers to God and Jesus. While some seem geared toward any Christian audience, most are randomly specific. For example, the book includes prayers for adolescents, election day, people requiring surgery and special care, and churches appointing new leaders.

Overall, prayers are more checklist-style than narrative, giving them a “guideline” feel rather than something to be read aloud. For example, in bullet point fashion, the author lists characteristics for a president, such as “loves this country” and “loves You as the one true God.” For adolescents, he asks God to “extend blesses [sic] to: The Church…Our US President…Teachers and fellow students” and more. As seen here, he repeatedly includes the president and other elected officials in his prayers, inferring deep concern over the state of our nation, although he never directly addresses any particular issues.

The opening prayer “Forever” is especially problematic, due to its awkward punctuation, bullet points, odd use of bold lettering, italics, font size changes, red ink, underlining and grammatical confusion. For example, the author writes, “Your Kingdom come: Intent on earth be done as it is kept in Heaven; Praise to Which: Gives Us daily cares, Loves Us continuously, Wisens Us against abuse of the harmful…” and so forth. With so much happening stylistically, it’s difficult to discern what’s being said.

The book’s lack of a foreword or explanation of why the author published these prayers—and even the failure to mention the author’s name anywhere in the book (the poems are merely signed “Your Humble Prayee”)—further alienates readers.

The breathtaking photos will likely keep readers turning the pages, regardless of the literary mishaps, but with so little provided within the few pages of this book, readers may find they are better off using other sources for guidance in prayer.