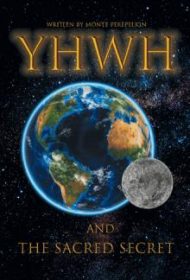 In YHWH and the Sacred Secret, Monte Perepelkin introduces the basic tenets of the Jehovah’s Witnesses while offering a passionate argument for the existence of a Creator God.

Perepelkin wasn’t always a staunch believer. After an accident left him a paraplegic, the author set out to prove to himself that “there was no such thing as God and that the Bible was fake.” Yet, after years of studying both science and scripture, his findings led to a devout faith he never expected.

Acknowledging that the path to Jehovah (God) is often obstructed by physical, emotional, and spiritual suffering, the author thoughtfully examines realities of disappointment and pain, the nature of DNA, neuroscientific support for a higher power, and the practices of early Christians, to name just a few topics. His approach is to show that we can often find God not only through the joys and difficulties of daily life but through scientific reasoning, as well.

Using a variety of Bible translations, Perepelkin presents passages from sacred scripture and then offers his explanations on their meaning and relevance today. He looks at God’s personality as derived from the book of Genesis; the Jehovah Witnesses’ belief in “no afterlife” as found in the Psalms and Ecclesiastes; and “matters of good health, family life, employment, morality, spirituality, and nearly everything life throws at us” in the letter of James.

Perepelkin is a natural-born teacher, and his writing is clean, smart, and lively (although his many bolded passages can be distracting). His arguments are well-formed, orderly, and economical. Many apologists can often talk a point to death. But, Perepelkin presents his positions succinctly and directly, making for a quick yet thorough read.

While this book doesn’t dig deep into the Bible and Jehovah’s Witnesses theology—the author admits that his book barely “scratches” the surface—it serves as a solid primer to a religion and belief system that is often misunderstood or misrepresented by detractors.