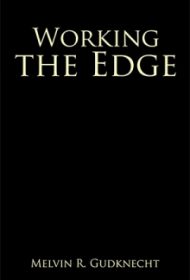 Gudknecht spent more than two decades as a Special Agent, Intelligence Division, IRS, U.S. Treasury Department. Much of that time was with the Office of Labor Racketeering and Organized Crime, a hand-picked group tasked with pursuing the mob. During his career, the author encountered underworld luminaries such as Frank Sheeran, Bobby Rispo, Ralph Picardo and others believed tied to the disappearance of Jimmy Hoffa.

In his memoir, Gudknecht offers some interesting nuggets, such as how law enforcement agents conduct surveillance. He also presents an account of informer Picardo’s unconfirmed story of how Hoffa’s body was disposed of (stuffed into a 55-gallon drum and trucked to a Pennsylvania Alpo plant, where the former Teamsters president was processed into dog food).

Overall, though, the book delivers smaller details rather than bombshells. And, unfortunately, while the bones for a great book are here, the narrative lacks focus and clarity.

The author has an off-the-cuff writing style that at times meanders into puzzling, rambling asides. For example, recounting a union corruption case, he writes: “Two weeks later . . . I went over and told the NLRB representative – in secret, hush, wink – that I had a cooperating witness in the union ready to indict. I shouldn’t be bragging, you know? I told him, but hey.”

Also problematic is the author’s love of music. Songs, generally rock ‘n’ roll, run through his head constantly. Any situation is likely to trigger a music-related riff. For instance, when he wants to end a meeting and leave a bar, he’s reminded of The Animals’ We Gotta Get Outta This Place and presents a verse. Such musical interludes interrupt the story’s flow.

Those willing to overlook the book’s flaws will glean some interesting details about how the government pursued the mob in the last quarter of the 20th century. However, the narrative requires skillful editing to reach its potential.