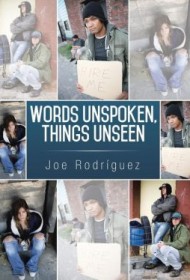 In this tale, the lives of an unlikely group of allies converge as they work to save a homeless shelter, care for a dying friend and protect a young boy from an abusive alcoholic father.

Reverend Steve oversees the shelter, called the Settlement, and is assisted in various capacities by Guzman, a former boxer, and Professor Rhoda Bart, an archeologist from a nearby university. Together, the three work to save the Settlement from the university where Bart is employed and a church alliance, both of which hope to acquire the property and develop it commercially.

Meanwhile, their dear friend and cancer patient Doc Manny Reese, whose past includes a checkered career in the military, is facing his final days, and young Juanito’s drunk father threatens daily to take his son from the shelter, where he’s been living since his father abandoned him, and make trouble for Steve. But if anything can save the Settlement and offer hope for the future, it’s a secret Professor Bart harbors from an archeology find on the property.

This is a plot-driven story with likeable characters and some welcome unexpected turns. Much to the author’s credit, this is not the usual stereotypical cast of characters but dimensional people with flaws and weaknesses, such as Reverend Steve’s history of addiction or Guzmán’s willingness to procure illicit opium for Doc Manny.

The story, however, is confusing, particularly at the start when it becomes difficult to follow the characters. Guzmán is also known by his boxing name Molca, and it’s perplexing why the narrative changes from one name to the other for no apparent reason. The switch from past to present as characters recall various events can also be unsettling.

All in all, Rodriguez displays an enjoyable writing style and is capable of a nice turn of phrase, but a little revision could make this a much more satisfying read.