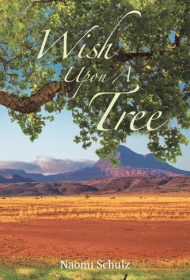 In Naomi Schulz’s fictional story, sisters reeling from tragic loss relocate from Brisbane to the Australian countryside of their youth. As they reconnect with people and memories, secrets are revealed and a riddle involving a long-hidden family heirloom is solved.

Twenty-four-year-old Blair Jones is a teacher looking forward to a transfer to her hometown of Tara. Unfortunately, news of the job comes just as she learns her parents have died in an automobile accident. Blair and her younger sister, Lydia, sell their parents’ home and venture to Tara. During the move, Blair discovers a family diary detailing her ancestors’ immigration to Australia. Blair also finds a riddle about a secret heirloom linked to the 1857 Gold Rush.

Subplots involve the girls’ romantic connections, including Blair’s entanglement with her abusive ex-boyfriend, whose wrath she fears as she finds romance elsewhere. The boyfriend also accuses Blair’s ancestors of stealing his due golden treasure.

Schulz mixes triumph and heartache, mystery and romance to create an interesting premise, yet the narrative often gives way to clichéd thoughts (“Don’t judge a book by its cover,” “What doesn’t kill you makes you stronger”) and a more “tell” than “show” writing style. Characters’ gushing sentiments lessen the credibility of their budding relationships.

Ultimately, the titular “Wishing Tree” seems too fantastical for the otherwise realistic plot (flashbacks and energy are released through a touch of the tree, among its other mystical qualities) and prove jarring to the larger story.

Additionally, the story jumps from one action to another and revelations often appear with little prelude or background. For example, in one passage as the girls are en route to Tara, Blair is thinking about the bakery her mom ran and her abusive ex-boyfriend when the girls suddenly stop at their brother’s grave, although the explanation of his death isn’t revealed until later.

Wish Upon a Tree is a creative effort buoyed by emotional characters. However, the mystery’s flaws may limit the story’s appeal.