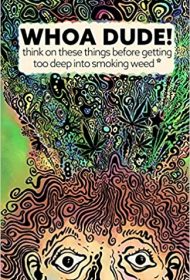 As states increasingly legalize marijuana for recreational and medical use, Kevin G. Becker, a long-time scientist at the U.S. National Institute of Health, examines the science behind marijuana consumption and what he sees as its negative health effects.

Although Becker believes in decriminalizing marijuana and supports its medical use, he also writes from the perspective of living with a beloved brother with schizophrenia who was a heavy marijuana user from an early age. “Do I know that weed caused his schizophrenia? No. What I do know is that it sure as hell didn’t help.”

Having seen the effects of long-term marijuana use in family and friends, he feels the current belief in its safety for long-term recreational users (vs. medical users) flies in the face of scientific evidence.

Becker’s extensive review of current research—listed at the end of the book with URLs available on his website—leads him to conclude that cannabis and cannabis products can affect the cardiovascular system, cognition, memory and IQ, especially in young users and pregnant women. He notes that smoking weed as the young brain develops can lead to increased anxiety, depression and addiction. And he points out that the strength of the psychoactive chemical THC in cannabis has increased 400% since the ‘60s. He also discusses what he calls the “BIG FOUR” questions of cannabis use: how early, how often, how much, and how strong.

The book is largely written in a conversational manner, while still presenting intelligent science that doesn’t talk down to readers. In many ways, the title is misleading, as this is not a flippant review of the subject for stoners, but a serious and stringently documented work.

Becker hopes recreational weed users and their loved ones will use this sourcebook to learn about the health dangers of marijuana—what he calls the “dark side” of weed. In this age of medical misinformation, the author’s science-based evidence will surely help readers make more informed decisions.