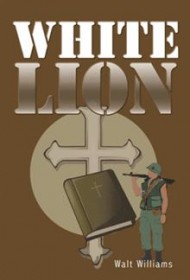 To hear him tell it in this solidly written and unsettling memoir, the arc of Walt Williams’ life has not been a smooth one.

Drafted into the Army at the height of the Vietnam War, he is trained as a sniper and sent to Southeast Asia, where he rediscovers “the sheer joy of stalking” that he learned on hunting trips with his father, though now with a different sort of prey. After much killing, becoming “hardened, emotionless,” and losing his best friend to an enemy attack in which he is wounded himself, he is shipped Stateside, discharged and sets out wandering through the West without much purpose.

Following that interlude, Williams resumes doing what he does best, signing on as a mercenary in Central America, Cambodia, and Southern Africa, and being “simply paid to kill people.” He returns to the States with a drug habit and the discovery that what he’s been really doing as a hired gun is protecting drug traffickers, diamond smugglers and repressive governments.

Finally, the life he has been living catches up with him, and Williams turns to God, becoming, improbably enough, a traveling evangelical preacher. Still more improbably, he mixes his new calling with his old, and commits the occasional assassination for his former mercenary bosses before repairing to an apparently tranquil life in South Africa.

Clearly the contradiction between acting as Man of God and Angel of Death simultaneously deserves far more exploration. And yet watching Williams’ struggles with the discrepancies of his life and the efforts he makes to strike an emotional balance between opposites makes the work strangely compelling. Perhaps this is because beyond all the violence, the bloodshed and all the mindless killing, the author shows us a human being laboring to escape the prison he has built for himself. As such, his book will touch readers in unexpected ways, whether they sympathize with the choices he’s made or not.