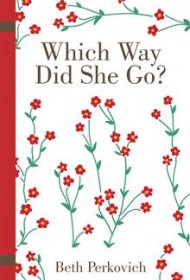 Set in the 1890s, this historical novel provides the demure sexuality of a sweet romance combined with profanity readers might expect in a crime thriller, making for an often-jarring read.

The story follows Evie Logan, a frightened young woman who escapes her arranged marriage in Pennsylvania after she overhears her fiancé’s plot to prostitute her to gain political power. Evie flees her fiancé, William Douglas, and by coincidence ends up working in Colorado as the live-in cook and housekeeper for his first cousin, Jackson Douglas.

Neither Evie nor Jackson know each other’s identities initially, but when romance develops, they soon realize the danger of their situation. William has offered a $1,000 reward for Evie’s return, and bounty hunters frequently attempt her capture.

Evie’s a voracious reader who cites useless information at inappropriate times. This annoys Jackson tremendously, but may amuse readers. Less endearing is the profusion of profanity spouted by male characters, which seems at odds with this kind of romance and contrasts sharply with Evie’s innocent outbursts of “Sugar!” when she’s upset.

One subplot involves the murder of Jackson’s parents years ago. The unsolved murders are mentioned several times, including in Chapter 1: “What had William just said?” Evie thinks to herself. “Murder? Who had been killed? An aunt and uncle?” The killer’s early unveiling destroys any chance readers have to solve a mystery. Meanwhile, Evie’s reluctance to tell Jackson what she knows, feeling that no one will trust her over William, seems hard to believe.

Despite the book’s flaws, Evie’s chatter provides some enjoyment, and the inclusion of Evie’s apple pie recipe (a dessert Jackson and his housemates enjoy) makes a pleasurable addition to this romance.