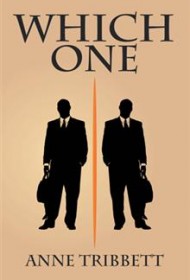 In this case, Randall (Randy) Franklin Morris and Frederick Franklin Morris are the identical and successful twins from a prominent family. In the opening pages, Randy discovers the disemboweled body of Frederick. As snippets emerge of Frederick’s sadistic nature, dating back to the early torture and death of an elderly neighbor’s beloved cat, it soon becomes apparent that Frederick’s death is a revenge killing.

Frederick’s father’s wealth and influence had always silenced Frederick’s victims. Since his mother also fiercely protected her son, Frederick’s predatory behavior continued and intensified, as did his skill at hiding his secrets in his adult life.

It’s these secrets that detectives Lacey and Beets seek to uncover in their quest for Frederick’s murderer, with or without the co-operation of Frederick’s father and brother.

In the hands of a skilled author, these plot ingredients could make for a gripping page-turner. Unfortunately, that is not the case here. The narrative contains so many grammatical, punctuation and sentence structure errors that it is exceedingly difficult to follow the story. Common errors in verb tenses as well as in word choice (“fine” for “find”; “liberian” for “librarian”; “trail” for “trial,” etc.) further confuse the reader. Simplistic dialogue, abrupt scene shifts, contrived subplot details, characters dropped in and out of the plot and no real conclusion bring other challenges to a reader’s enjoyment of the story.

The many flaws add up to a book that, despite its promising plotline, requires a return to the drawing board for major revision.