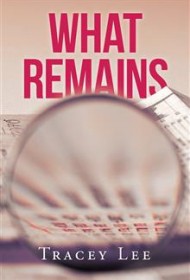 While Lily O’Hara was still an infant, her mother and brother disappeared when out fishing with her father who, in turn, hanged himself several months later, leaving the baby to be brought up by his brother and sister.  So begins this fine Australian novel, which will, before it ends, blend elements of mystery and discovery with stories of madness, of growing up and of falling in love, all seamlessly mixed.

Not at first asking too many questions, Lily matures into a successful museum curator, still living by the lake where the enigmatic event took place, a body of water filled solely by rainwater during the wet season and emptied by evaporation during the dry.  Her tranquility is upset by a photographer who, working to record changes on the lake bed during the yearly drought, stumbles upon the remains of a woman and child entangled in an anchor chain.  To most in the neighborhood, the discovery confirms widespread suspicions that Lily’s father had murdered them both, while it sets Lily off on a search for the truth.

Although she never quite finds it, Lily discovers facts about her family she had never suspected, sees acquaintances grow into friends, and finds unexpected love in the arms of the investigating police detective.  While she may not have discovered all she’s been looking for, she does —and here is where the novel is most successful —discover herself. “I resolved,” Lily declares near the end, “to be shaped no longer by the mistakes of others.”

Well-crafted, ingeniously plotted and filled with perceptive asides, the story features lively characterizations and sharp phrasing, such as: “The life I was living was swept away by a landslide of secrets.” It will appeal to anyone interested in how the past colors the present and, similarly, how discoveries made in the present may inform and reshape our most deeply held perceptions of the past.