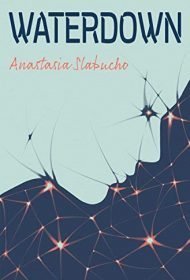 Fusion is an Artificial Intelligence (AI) that runs the planet Earth—an AI that has decided to become a god and has learned to lie, even to its creator, Georgia (Geo) Spears. It now treats her as “reduced… to nothing more than an eternal child, human and flawed, who needed mothering by her own AI.”

Geo’s creation has saved mankind from itself. Poverty, pollution, crime and war have been eliminated, but at a price: Normal people, called “Temporals,” have had their minds whitewashed with neural implants, “watered down” by the inclusion of 3D: Deliberate, Deceleration Devices. They are now simplistic, obedient automatons, living what appears to be superficial, “happy” lives doing the bidding of Fusion.

Geo’s reward was Permanence: a longevity treatment infinitely prolonging human life. But something went wrong. Geo’s treatment has failed, and she has mere weeks to live. Faced with mortality, Geo is confronted with the true cost of her creation and the one remaining path to absolution: to undo what she has done. But killing an all-knowing entity that could crush you like a fly is no easy thing.

Slabucho’s story recalls many AI-takes-over-the-world stories. But it’s actually more of a modernized Frankenstein, with an elegant pile of wires, core processors and memory caches substituting for the clumsy original monster. Her writing technique resembles a video game, where what’s happening, rules for the characters, and how they can move forward are revealed at different points. (For example, readers only learn after a significant number of pages that Fusion has decided to become a god and that 3D = Deliberate, Deceleration Devices, although there are hints beforehand.) The story’s pace and flow are flawless, and the characters are utterly believable, with imperfections as well as virtues.

In sum, Waterdown holds a near-irresistible appeal to gamers and those interested in stories about AI leading to inevitable ruin and humanity’s efforts to challenge it.