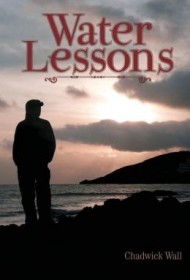 In this novel of self-discovery, protagonist Jim Scoresby struggles to come to terms with his estrangement from his family in the wake of Hurricane Katrina.

As the novel opens, Jim has just quit his job, once again disappointing his father. The family is packing up to escape the coming storm, but Jim refuses to go, choosing to ride it out with his elderly friend, Freddy “Foghorn” Beasley. It’s a noble move, but as the waters rise, Jim and Freddy are confined to the roof, awaiting a rescue that doesn’t arrive in time for Freddy to receive the insulin he requires.

Grief-stricken at Freddy’s death, Jim flees north to the Boston area to start anew. He meets Commodore Walter Henretty, who replaces Freddy as his father figure and friend. But it takes another tragedy for Jim to re-think his life decisions, as he recognizes the wisdom of others – including his own father.

The author is skilled at showing how hard it is to move on after a tragedy, especially as Jim fights to control a lingering fear of water. Some of his passages on Katrina are haunting; as Jim considers the fetid waters, the author writes: “Lake Lawn Cemetery, where his Maw Maw and Paw Paw LaForet and his Mamere DuBuc were interred, would be smothered in several feet of putrid water, gasoline, and raw sewage…And what was worse, many of the crypts surely had opened, releasing coffins and remains alike into the dark unforgiving flood…”

Despite the strong section on Katrina and a solid ending, Jim’s journey is surprisingly conflict-free, save a rather trumped-up relationship with the Commodore’s standoffish daughter. The characters are either saintly or odd, and much of the book feels like filler to get to journey’s end.
Nonetheless, this book is a gentle reminder that tragedy has a lasting impact on its survivors. That’s a “water lesson” for all of us.