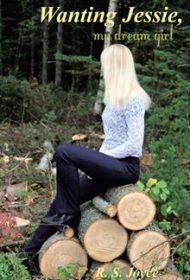 When Rusty first meets Jessie, he is only 13-years-old. Even at this young age, he realizes that he is hopelessly in love. Over the next few years, Rusty speaks to Jessie only a handful of times and is always met with indifference. While Jessie resists his advances, Rusty decides to stop waiting for her and begins a string of sexual exploits with various other women. Starting out a naïve virgin, he eventually learns about sex and how to enjoy it. But Jessie is rarely far from his mind, and after seven years of waiting, they finally have their first date.

Unfortunately, in his quest, he often resorts to pressure and manipulation, making him wholly unlikeable. He doesn’t respect Jessie’s wishes regarding sexual issues and often cites love as the reason she should do something she doesn’t want to do. Furthermore, these scenes become a bit repetitive.

Despite these issues, the author manages to achieve a slow sexual build, and the “tease” is well done. Just like Rusty, readers are brought to a peak of sexual tension, and the next scene takes it just a tad higher, right up until the unexpected conclusion.

While it’s unfortunate that the main character isn’t more likeable, fans of seductive and explicit romance told from a male point of view will find rewards in Wanting Jessie, My Dream Girl.