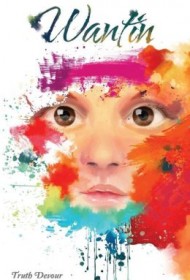 Talia Jacobs has never felt like she has had a home. The only child of globe-hopping parents, she was living in Port-au-Prince, Haiti, when her parents were tragically killed. Orphaned at six, she is sent to live with her aunt’s family in Australia.

Talia immediately finds a connection with her aunt’s son Brad (four years older than Talia), and the rest of her childhood is relatively idyllic until her 21st birthday, when Brad passionately kisses her—and she kisses him back. After they both realize that their forbidden love can never be consummated, Brad leaves home, and Talia—having learned that she is heiress to millions of dollars in assets, which include estates all over Europe—sets out on her own, still reeling from the emotional aftermath of their encounter.

Thus begins a revelatory journey of self-understanding that leads her to exotic locales such as Hong Kong, Hungary, Thailand, and Paris—and into the arms of adoring men whose actions open Talia’s eyes to the risks and rewards of intimacy.

Talia’s transformative journey is simultaneously heartrending and heartwarming, Her life experiences—which include more than a few sexual encounters—bring her not only self-awareness but a deeper understanding of the world around her. And while the sex scenes are graphic in nature, they are tastefully realized and in no way exploitative, organically fitting into the narrative flow.