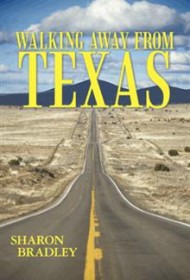 In this coming-of-age debut by author Sharon Bradley, Texas high school senior Katie Mitchell confronts her romantic feelings for her best male friend and realizes where her heart must lead her.

Katie has been best friends with football jock Alan since kindergarten and now wonders if their relationship could be something more. But it isn’t easy sorting out her feelings. Alan still seems to love his ex-girlfriend, a cheerleader named Jaclyn, and Katie is still getting over being jilted last year by boyfriend Matt. Also, Katie worries that dating Alan could jeopardize their friendship.

Still, if Katie’s going to profess her feelings to Alan, the timing couldn’t be better. Alan is single again, Jaclyn seems to be moving on (she’s dating another guy) and Alan is reluctant to be separated from Katie at college. In fact, he’s acting hurt that Katie wants to go to UCLA rather than follow him to Florida State.

Questions abound: Can Katie win over Alan? Will Jaclyn’s next boyfriend Zack steal Katie’s heart? Will Katie go to UCLA?

Throughout, Bradley relates the confusing nature of teen emotions, but often these emotions don’t add up. Alan is sometimes so self-focused that it’s hard to understand Katie’s interest in him. Though Katie begins sticking up for herself near book’s end, for much of it she’s too passive. At times, she even agrees to help Alan solve his love problems, despite her feelings for him.

The book’s premise as a whole is not unique. And while it’s a relief in the end to see Katie stand strong and follow her dreams, the story mostly languishes as she rehashes her feelings and speculates on Alan’s. Bradley misses opportunities to develop fresh situations between them and create dynamic characters.

Bradley’s novel may provide catharsis for teens navigating relationships or coping with rejection, but unfortunately it’s more of a dialogue between characters preoccupied with relationships than a richly developed story.