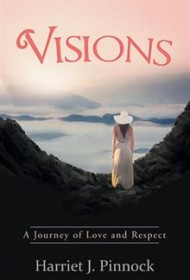 In this thoughtful, lightly plotted book of religious fiction, a law professor at a small Christian university stirs up controversy by taking bold steps to change attitudes about people’s belief systems and rights.

Protagonist Dana Lee Morgan, 62, took a position teaching prelaw in a Colorado mountain town during the mid-‘90s after becoming disillusioned by ethics issues at her former San Francisco law practice. Her life takes a turn when she agrees to speak during the school’s traditional noon prayer, after which her attitude toward Christianity is questioned.

Over the next decade, she continues to teach and defend her views, drawing interest on talk shows across the country. At the same time, her personal life changes after she unexpectedly reconnects with a man she had met briefly in college many years before and with whom she had become smitten.

While the author’s moral study is smoothly penned with nimble dialogue and true-to-life characters, the book lacks a compelling plot. Instead of powering to a climax, it undulates biography-like through Morgan’s life at a subdued pace, the narrative occasionally punctuated by struggles in various characters’ lives that arrive in ripples rather than dramatic waves of tension.

Descriptive elements are frequent but fairly pedestrian in quality. For example, “Birds noisily foraged for food. The horses in the corral whinnied and stomped.” Further, the book opens with Morgan being startled by an unexplained, disturbing vision that tells her, “You will be saved,” but its role in the story is ultimately weak and disappointing.

The novel’s aim clearly is to show that people with different beliefs are not necessarily wrong and respect for all is paramount. But the book’s thin plot development will deter many readers. Those interested in how spirituality plays into the way we treat our fellow man, however, may appreciate the aim of this story.