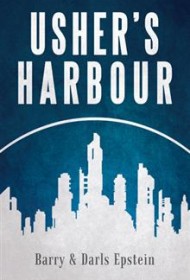 In an environmentally devastated world where the majority of the populace live in domed cities, life for those residents is nothing short of idyllic — thanks to the efforts centuries earlier of heroic crusaders who believed in building a bioengineered society founded on social justice, peace, and prosperity for all. But when a mysterious serial killer begins brutally murdering young girls in the RichmondDome, the habitat’s leaders aren’t equipped to deal with such violence.

The only real hope of catching the killer falls to Quinten Braxton, a biology professor and intrepid amateur sleuth who gains insights into humankind’s violent propensities, in part, by watching episodes of an old crime drama from the early 21st century called CSI. “It’s amazing how violent people were back in those days, and astounding how much criminological expertise we’ve forgotten because we didn’t need it.”

With the help of his sister Sera, he slowly begins putting the seemingly disparate pieces together. As the body count rises, Quinn’s investigation leads him into the labyrinthine tunnels of the undercity and to the Outlands, where humans have lived unsheltered by domes (and free from government control) for centuries. What he uncovers will rock him to his core — and potentially strain the central principles of this New Society to its breaking point.

Barry and Darls Epstein have created a novel that works on two levels. The well-plotted mystery and visionary backdrop make this an undeniably entertaining read, but veiled in the riveting and highly intelligent narrative is some powerful social commentary that will not only compel readers to reevaluate the world around them but also contemplate ways of improving it.

This futuristic whodunit is a winner — thought-provoking and deeply satisfying.