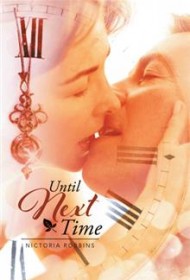 With a house, kids, and a husband with a successful career, Kirsten thought she had it all — that is, until she began to suspect that Peter was cheating, and a motel receipt in his pocket confirmed her suspicions. She left him and started over, and when another long-term relationship ended in cheating, she moved to the beach and began Internet dating, which is how she met Jake. Because he was an admitted player, a real  relationship with Jake was impossible. But Kirsten took what she could get and was caught in a dangerous sexual game.

Kirsten and Jake’s affair is portrayed in graphic and detailed sexual passages, each a unique encounter. However, the many sex scenes are presented in a similar way, and the overall effect becomes a bit repetitive. Robbins manages to counter this somewhat by adding something different to each scene; she explores toys, light bondage, rough sex, and more. As Kirsten’s investment in the relationship deepens, Jake begins to exploit her fears and insecurities and the story takes a decidedly darker turn. The sexual encounters begin to push the boundary between titillating and frightening, a bold choice by the author.

As Kirsten’s life with and without Jake begins to unravel, Jake’s life outside of their relationship remains a mystery, which manages to make his character and their relationship all the more compelling. He damages Kirsten both physically and emotionally, and the real question becomes whether Kirsten will have the strength to pull herself out of the situation.

This is not romance but rather a short but powerful exploration of the ugly side of relationships. Fans of darker erotica should enjoy this unusual story.