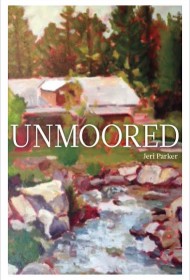 When the narrator of this richly imagined novel begins telling her story, in 1992, her tyrannical father has just died in a mysterious house fire. Was it an accident? A case of suicide? Murder? This burning question compels the Idaho painter and writer Rennie England to take stock of her entire life at age 59.

“I am Rennie who will follow the thread of the half-told tales,” she says, and a fundamental glory of the book is that most of the tales remain half-told: a shimmer of ambiguity envelops all the vivid players in this Proustian memory-drama: the violent but sometimes tender father, Blaine England; Rennie’s sweet twin brother, Kent, who descends into madness; her fearful, compliant mother, Deborah; her doomed adopted son, Carlos, and the love of her life, a shadowy romantic named David, who dies in Tel Aviv amid a cloud of political intrigue.

Best of all, we have Rennie’s wise grandmother, a descendant of pioneers who serves even in death as her emotional anchor: “I saw life plentiful,” the old woman says. “Time is a funny thing. It is together we make the spreading tree.”

Salt Lake City author Jeri Parker knows well the vast beauty of the American West, not least the North Fork of the Snake River. She also writes beautifully—and unsentimentally– about the traumas in Rennie’s life. Parker’s description of the ruinous Teton Dam Flood of 1976 is spare and harrowing, and she perfectly captures the morning-after shock of the fatal fire: “This isn’t how we lived—what’s on this lawn, this blackened house. We got up each morning, loved each other, more or less, kept clean like other people. We drank from glasses, forks on the left. We washed the Buick once a week, cared for a garden . . .”

Of such tense verbal precision and depth of feeling is this enthralling family saga made.