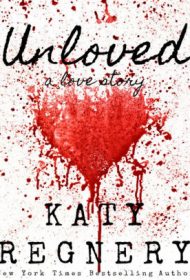 Unloved: a love story is an exciting, engaging, and unlikely romance depicting two broken people brought together by circumstance, with the opportunity to help one another heal.

Since the tragic, violent death of her fiancé, Jem, two years earlier, Brynn has been living in a fog. She rarely leaves her home and has abandoned nearly all of her friendships and relationships. There’s a piece of her missing, and in an effort to fill the hole she feels in her heart, she sets out on an ill-advised trip to the Maine wilderness. Climbing her dead fiancé’s favorite mountain is supposed to give Brynn closure and a new start, but a violent encounter leaves her fighting for her life.

If it weren’t for a man named Cassidy Porter, Brynn would have died on that mountain. But their meeting is complicated. Years ago, Cassidy promised to live away from society to hide a secret that could have dire consequences for anyone he comes into contact with: He has the genes of a serial killer and stays away from people so that he won’t risk harming anyone. Saving Brynn’s life may change everything for both of them.

In the fast-paced first pages of the book, Brynn and Cassidy’s lives come crashing together, and every moment after is filled with intense chemistry and a breathtaking roller coaster of emotions. The author perfectly balances intense physical and sexual encounters with sweet romantic and heartwarming moments. The sex scenes are tantalizingly explicit but tastefully written.

The mystery of Cassidy’s history hangs over the potential connection between the characters, and even though we  know more than Brynn, there’s a stunning twist toward the end that will leave readers reeling. It’s a fitting climax to a wonderfully well-written romance with a wholly unique storyline.

Fans of edgy contemporary romance with a happily-ever-after ending will fall in love with Brynn and Cassidy’s one-of-a-kind romance.