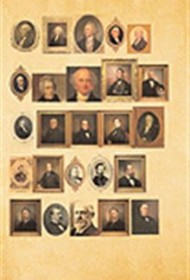 United States Presidents’ Forgotten Details is a slim book that aims to provide a collection of facts about our presidents.

Author Katharina Abt offers no preface, introduction, autobiographical information or sources, leaving readers unmoored as to her purpose and procedure. Her facts about each president are presented in vertical columns labeled “Date,” “President,” “Known Facts,” without any further context. (She does, however, state on the publisher’s website that the book is aimed at readers age 8 and up and “is not a political book but a book of unknown facts of our Presidents . . .”)

Abt’s book suffers many unfortunate flaws. A lack of punctuation and random capitalizations can be confusing. For example, regarding Millard Fillmore, Abt writes: “1st President to have a bathtub with running Water in the White House/Famous Saying “It is a natural disgrace that our Presidents’ Should be cast adrift, and perhaps be Compelled to keep a corner grocery store for Subsistence.”

While Abt does offer some interesting tidbits — who knew that Chester A. Arthur played the banjo, or that William McKinley wore a red carnation for luck? — many “facts” are incomplete, or worse, incorrect. For instance: the 41st president’s full name is George Herbert Walker Bush, not George Herbert Wilbur Bush; President Obama’s first name is Barack, not Barach; Martha Washington’s maiden name was Custis, not Curtis and so on.

Eight year olds would certainly enjoy learning that George Washington wore size 13 shoes, along with other fun facts noted here, but the book is too problematic overall to be appropriate for those readers, or for readers at large.