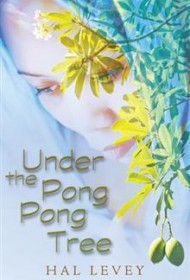 This utterly compelling historical novel revolves around several characters whose lives have been irrevocably changed and, for the most part, damaged, by the WWII Japanese invasion of Singapore.

The story begins with brutal scenes of torture, murder and rape, but soon focuses on the “beautiful” 16-year-old Goh Li Lian, whose father Goh Kok An owns a small shipping line. As the Japanese invasion appears imminent, Kok An gathers his small family and announces they will leave Singapore and take haven in Switzerland.

But fate is not smiling on the family, and soon Li Lian witnesses the horrific slaughter of locals being herded to prison by the Japanese soldiers. She is then forced into service as a sex slave for the Imperial Japanese Army and is subjected to brutal physical abuse. Despite the atrocities routinely committed against the Chinese by their occupiers, there are courageous people willing to risk their lives to help others, and so Li Lian is spared, but not before finding herself with child. Meanwhile, an American soldier is killed in combat, but first he commits an act that will forge a connection to Li Lian’s family to be revealed many years in the future.

This is a thorough, layered tale of war, its lasting impacts and the struggle of the survivors to make sense of the ruin. In Li Lian, readers meet a complex character, courageous, ambitious, kind and damaged. The plot moves quickly with continuing storylines of many characters, and the writing and editing is flawless. While the ending may be a bit too coincidental for some, it certainly is possible.

Under the Pong Pong Tree will be enjoyed by a wide readership, particularly those who appreciate a fast-paced, realistic tale of war, survival and, ultimately, redemption.