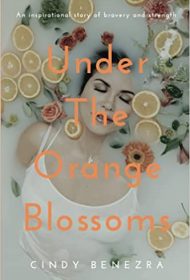 A survivor shares her heartfelt tale of conquering trauma and navigating an adult relationship with her father after childhood sexual, physical, and emotional abuse in this affecting memoir by Cindy Benezra.

While living in Spain at age 17, Benezra fought suicidal thoughts and recurring nightmares that gradually made her realize she’d repressed memories of being abused by her father as a young girl. Unable to leave her codependent mother and vulnerable sister, Benezra endured life with her difficult father for years more, but matured into a capable, self-sufficient woman through determination and therapy that helped her “walk through the pain.”

As an adult, Benezra successfully managed single parenthood and a special needs child, and set strong boundaries to keep her father in her life. In his last years, she not only became his chief support but was able to confront him about his abuse, which led her to closure and, ultimately, forgiveness.

Benezra’s prose is smooth and replete with images that snag the senses, and her struggles are relatable and affecting. Occasionally, difficult emotional turns are glossed over with an unenlightening “Ugh!” and certain issues lack transitions to their resolution.

For instance, after Benezra vividly describes how the removal of a brain tumor when her son Brian was an infant left him nonverbal and medically fragile, later chapters show Brian not only verbal but delightfully wry in his insights on his grandfather. After Benezra describes the painful meeting with her father’s second wife, Hanya, a Chinese woman younger than she is, Hanya then disappears from the book. However, these lingering questions don’t prevent readers from learning from Benezra’s coping strategies, which she summarizes in the closing pages.

Overall, Benezra’s account of survival and success is inspiring, and her frank self-examination and soft sincerity extend the hope of healing for others looking for a path out of difficult times.