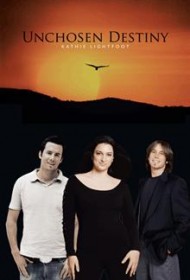 This paranormal romance revolves around the relationship between a white witch who practices the “Craft” and her vampire love interest.

Kayla Green is an abused wife and mother of three who is trapped — for the third time — in a loveless, violent relationship. But when the disillusioned, ill-tempered, small-town Nebraska resident begins to see a mysterious man named Artemis Young in her dreams, the message he conveys turns her world upside down.

Artemis is a vampire prince whose mission it is to protect Kayla and her family from ruthless enemies who want to destroy her witchy bloodline. Chaos soon follows: Kayla’s longtime boyfriend brutally assaults her; her mother and stepfather die in a car accident; her boyfriend is killed in a gruesome mishap at work, etc. Artemis comes to the rescue and, together, the witch and her vampire protector prepare to face the enemy at last.

The domestic realism of this novel is refreshing, but its storyline offers nothing truly original or engaging. Lightfoot doesn’t explore the boundaries of the vampire mythos: in fact, she does very little to define the differences between vampires and humans, aside from the need to consume blood. Although the character of Kayla is well developed, Artemis is essentially two-dimensional eye candy.

In addition, the novel is replete with grammatical errors (hundreds of them) and countless elementary spelling errors. The narrative has an unpolished feel to it, and the author has a proclivity to overuse certain words. Overall, while the book offers a deeply flawed heroine, which is a benefit to the story, it also delivers an equally flawed narrative, which is a decided detriment that keeps the novel from reaching its potential.