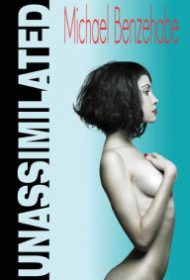 The appeal of Michael Benzehabe’s debut novel—featuring Zoe Mousa, an Israeli-born software engineer raised in a small town in Iran—is in its unconventionality. In a genre category inundated by androcentric and Americanocentric storylines, Mousa’s unique perspective is like a breath of fresh air.

Recruited from Mossad’s training program to work for the FBI’s Cyber Division In Los Angeles, Mousa’s primary objective in taking a job with the FBI is to give her two adopted sisters still living in a small Iranian town off the Caspian Sea a better life by relocating them to America. But her dream quickly becomes complicated by ruthless agency politics, grand scale conspiracies, and a looming “cyber war” that could irrevocably alter the global political landscape.

Surrounded by numerous people who could potentially be her enemy, Mousa doesn’t know whom to trust, including Saul Newman, a mild-mannered religion professor who is much more than he seems. As the stakes rise in this looming war, Mousa becomes a target, and as people around her begin dying, she is forced to embark on a bloody journey of self-discovery.

This is not a perfect novel; the plot at times becomes too convoluted, and Mousa’s relationship with Newman comes across as stilted and mechanical. But Benzehabe makes up for these inadequacies by writing a fluid and focused storyline powered by an intelligent and eloquent narrative voice. And as a self-described “unassimilated immigrant,” Mousa’s perception of the United States and its culture is priceless. (“I tried to buy a goat to roast. I am not going to tell you the trouble that caused.”)