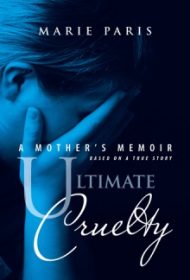 A Canadian mother, whose 16-year-old daughter was found dead in 2005, pieces together the puzzle of what happened in this greatly detailed, emotionally rich, and agonizing memoir.

The book opens with a bang as author Marie Paris realizes her youngest daughter, Emilie, is missing two hours after she left to take a cat to a friend’s house. Believing the police can’t be contacted until her daughter has been gone for 24 hours, Marie and daughter Dawn start searching for her.

Gathering information from various people, Paris eventually learns that Emilie had been using drugs with her boyfriend, Scott, and someone saw her being carried out of Scott’s residence in a blanket. Soon after the police get involved, Emilie is found dead in front of a dumpster, having died of a Fentanyl overdose after no one sought medical aid for her.

Readers ride an emotional roller coaster as the complex story unfolds, involving a drug dealer much older than Emilie and a boyfriend unwilling to seek help for her when she was in distress to avoid getting in trouble. Worse, because no laws exist requiring someone to get help for another in need, the three men involved in her final moments received minimal punishment.

This absorbing and tragic memoir is tightly woven in a strong, narrative voice. It backtracks to Emilie’s earlier relationship with her mother and her increasing independence; peers into rooms where drug use took place; and positions readers inside the interrogation rooms and in court as each suspect takes the hot seat. Throughout, Paris’ every emotion is palpable—her fears, frustrations, shock, grief, anger, and deep love for Emilie.

At more than 500 pages, the book’s length could lose some readers. Still, this devastating account likely will draw true-crime aficionados as well as those who, like the author, have found themselves struggling to understand and cope with the unbearable.