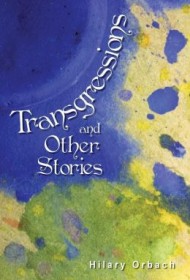 The work of a New York City psychotherapist, these 14 precisely-written stories deal with the kinds of problems their author is likely to hear about every day at the office: grief, rage, betrayal, family dysfunction, loneliness, sexual awakening, the discontents of modern life.

Hilary Orbach’s characters can seem a bit overcivilized (the story is replete with Grahams, Adeles, Trevors and Elyses) and, for their unlikely coincidences, her plots can feel as calculated as blueprints. But the author has her finger squarely on the pulse of the human animal as it lurches out of the long night of existence into the half-light of morning. She is an observant writer.

In “Jeopardy,” a needy neighbor suffering from AIDS undermines the tenuous relationship of two young lovers living in a cramped Manhattan apartment. Having alienated his beloved, the uncertain narrator concludes: “Sometimes I think our only safety lies in not really knowing each other.”

That theme recurs in the Cheever-esque “Transgressions,” wherein an adulterous couple ruins two suburban families. The couple ultimately winds up estranged because “you can’t ever be sure you really know the other.” In “Touch,” a young widow who sells psychotropic pharmaceuticals tries—and fails—to love a blind guidance counselor, and in “Becoming Mira,” a teenager realizes she’s a lesbian just before finding her troubled father in the arms of the older woman she’s fallen for.

Taking stock, perhaps, of her own profession, Orbach glimpses an unsettled Manhattan psychiatrist in “Verona Waits for You.” In the end, the shrink and a rough-hewn New Jersey divorcee set out as “a pair of hopeful messengers through the darkness.”

A touch of humor here and there might color up these dark tales about unhappy people. But as visions of the untidy mind, the troubled conscience, and the doomed soul seeking redemption, they largely succeed, adding up to a collection that’s well worth a look.