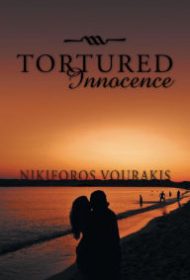 It’s difficult to summarize the plot of this novel, as it is hampered by its odd format and the tendency to jump around erratically. As the story begins, teenage protagonist Chris Zomer is troubled by discomfiting memory problems — among them, why he and his girlfriend, Rachel, broke up. Although generally a sharp student, Chris falls asleep in class—again—and his friends admonish him for this. After class, Rachel approaches him in the hall, slaps him and calls him an “idiot” — to his complete confusion. He remembers something about a letter and wonders if it is significant. He then briefly turns his attention to a girl on whom he has a crush. When she brushes him off, he returns to Rachel to try to patch things up.

Slowly, with help from his friends, Chris’ memory returns, and after a whopping, surprising truth is revealed, the book ends on a cliffhanger.

As noted, the story is plagued by jumps in narrative. There’s little logical continuity, and readers will have trouble distinguishing if some scenes are dream or reality. The narrative consists mainly of a series of stilted dialogues between the characters. Often, the characters are caught in a state of emotional upheaval, crying and/or running off from each other, a plot conceit that grows wearying. Finally, the format of the book is off-putting, with dialogue presented in the form of a play, interspersed with Chris’s thoughts, which are told in limited omniscience.

Vourakis’s story offers an original take on memory and identity; the author seems to be asking that if, through trauma, one forgets an essential element of one’s makeup, is that trait still valid? While this young author’s effort should be commended, the story requires an editorial overhaul for it to gain an appreciative readership.