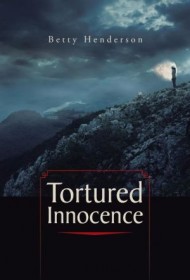 In Betty Henderson’s thriller, Tortured Innocence, a woman is murdered by her husband after years of violence and returns as a ghost to protect other women who are abused.

Annie stays with Joe to protect their three daughters, despite ritualistic beatings and Joe’s explosive anger. His temper gets the best of him one day and he murders her in a field, just steps away from the car where their kids are sitting. Annie’s spirit immediately manifests, and she decides not to haunt her own family. Instead, she lingers in a neighborhood, watching over the wife of a man even more sadistically brutal than Joe. She discovers that anger gives her the ability to interact with the physical world and has several violent confrontations with men bent on destroying the innocent women in their lives. Affairs, beatings, and verbal abasement run rampant in Annie’s quiet, haunted neighborhood.

Henderson writes with a schizophrenic fervor, paying little regard to plausibility in plot, character development, or even sentence structure. No character escapes an extreme stereotype. The abusive husbands are evil, adulterous, misogynistic and racist beasts who revel in “taking a pound of flesh” off their wives. The women are impotent, constantly catering to their husband’s every whim without any actionable desire to escape their situations. One victim, for example, “couldn’t resist asking if he [her husband] was going to be all right,” despite being beaten unconscious by him in the bathroom hours earlier. After the relentless violence depicted, the book ends with a bizarre message of faith that is as disorienting as the plot itself.

Tortured Innocence reads like a heavily detailed outline. There is almost no dialogue, and most of the action is reported in choppy, unrefined statements that are cobbled together with misplaced commas. Overall, it is a chaotic read with little attention to the kind of writer’s craft that would keep readers engaged throughout.