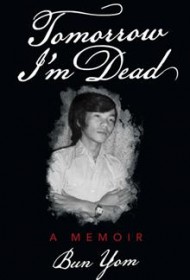 Contrary to the title, Bun Yom’s simple yet powerful memoir is a tribute to hope, recounting his harrowing and inspirational tale of survival.

Yom was captured by the Communist Khmer Rouge when they conquered Cambodia in 1975. Only 14, he was separated from his family and forced to work in the Killing Fields, burying hundreds of Cambodian civilians murdered by Khmer Rouge soldiers. Yom spent three years tormented and starved by his captors, eventually escaping with the help of the Cambodian resistance movement. He worked the next five years as a “freedom soldier,” delivering his people from enemy hands. Only when his mother contacted him in 1983 did Yom consider leaving this group. “I got scared and lost my will to fight, because now I was afraid to die… I wanted to see my mom.”

Yom tells his story in a straightforward, humble voice, allowing the drama to speak for itself. One particularly gripping moment comes when the author calmly describes stepping on the trip mechanism of a huge explosive buried in the jungle: While Yom kept his foot firmly placed, a crew dug a hole nearby for Yom to jump into, then backed away. “I counted, `One … two … three,’ whipped my foot off the prongs, and jumped in the hole as fast as I could . . . Half of my uniform had been burned off my body, and my skin was burned on that side, but I was still alive.”

Yom never set out to kill others, except in self-defense; he never stooped to the level of the enemy, instead treating his prisoners humanely. This puts readers firmly on his side. By the end of his time in Cambodia, he and his crew had saved 10,000 people from the Khmer Rouge. Ultimately, this memoir speaks as much about the goodness of man as it does the gruesome horrors of past events. It is a hero’s story.

BlueInk Heads-Up: The Star designation is given with the recognition that minor production problems remain: A map and a back-cover photo are credited in the book but missing from the paperback edition.