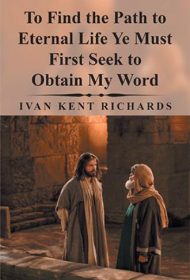 In this massive tome of apologetics, author Ivan Kent Richards offers an in-depth exploration of the beliefs and practices of the Mormons.

Looking to challenge “false assumptions, misinformation, ignorance of the scriptures, and false doctrines” surrounding the religion, the author offers answers to a plethora of questions about the faith’s history and tenets. Topics discussed include: the nature of God’s relationship to humanity; the visions of Joseph Smith; the role of women in the Church; the power of forgiveness; laws on adultery and divorce; and Brigham Young and his possible involvement in the Mountain Meadow Massacre of 1857, to name just a few.

Richards also provides a lengthy discussion on the controversial subject of polygamy. He explains that “for the general masses of people, the Lord gave the commandment to have one wife only,” but makes exceptions for certain “specific groups or individuals at certain times” to partake in the practice. He cites examples from the Bible, including the multiple wives of Abraham, Jacob, Solomon, and David.

The book includes a glossary of terms, a section countering popular false beliefs and assumptions, an A to Z of topics, and several appendices.

Richards’ arguments are rooted in scripture, and he makes good use of the works at his disposal, quoting them at length. These include the Bible, the Book of Mormon, and Doctrine and Covenants, “a compilation of revelations received by Joseph Smith and other latter-day prophets concerning the building of the Kingdom of God on earth in these latter days.” These writings lend the book authority and give foundation to Richards’ arguments, which are generally concise and well-defined.

Richards’ tome of nearly 1,000 pages is a daunting read. Fortunately, the author’s prose is simple, down-to-earth, and welcoming. His arguments, while passionate, are nevertheless systematic and straightforward. Sometimes, however, the author will refer to something without a proper introduction. For instance, on page 254, he refers to “A portion of an antagonistic filmed segment against the church…” but doesn’t give background on the video in question. Such moments are jarring and distracting.

Overall, however, Richards’ book is informative and well-executed. LDS members and those interested in world religions will find much to ponder about Mormon practices in these pages.