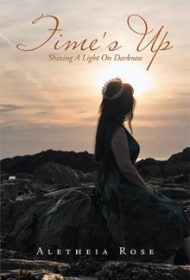 Those who have been abused – physically, sexually, mentally, financially – at any stage of life will benefit from the author’s story and frank examination of the causes of abuse and possible remedies.

Aletheia Rose has a history of trauma that began when, at age seven, she was sexually abused by a neighbor. In her teens, she was raped by the father of a former boyfriend. She was once nearly inveigled into going to Holland, which, she states, is a hub for sex trafficking.

These experiences, highlighted in various ways throughout the book, led Rose to feel emotionally shut off, at times so depressed she once cried every night for a year. She was fortunate in finding several lifelines that eventually pulled her out of her emotional fog and enabled her to seek help. She had contact with a counselor who helped her see that she was truly beautiful, not just on the outside, and a pastor who encouraged her through scriptural teaching. She became an award-winning model and an actress starring in feature films.

Rose’s book is written in the unvarnished language of a survivor. As such, some word usages are confusing; sentences can be overlong, and punctuation is overused at times or missing when needed. Additionally, statements can be awkward: “My reaction to the trigger was I was frozen then flight.”

However, the author offers helpful resources for others trapped in similar situations, including lists of agencies and organizations that give hotline assistance, specifically targeting her base in the United Kingdom but encompassing other countries like the United States. She also advises that marginal groups like those considered missing, homeless, or addicted are often the victims of sexual predators and, in later chapters, discusses many avenues of therapy and self-help, from journaling, art and music to reflexology, hypnotherapy and prayer.

Despite its unpolished prose, Time’s Up offers pathways to hope and healing for those suffering the effects of multiple forms of abuse.