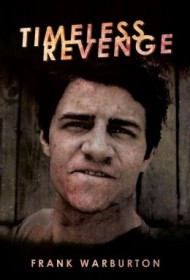 As the title implies, nearly every character in this espionage thriller seeks revenge. The hero wants revenge for his country; a Vietnamese girl for her mother and sister’s rape and murder and the brutal murder of her entire village; the son of a slain CIA squad leader for his father’s death. And that’s just the beginning of this complicated tale.

The story focuses on the hero, Englishman Tom Warburton, starting with him relating how he’s been hiding in Australia under a false identity for 30 years. A complex web of subplots unravels: In a flashback, Tom’s four-man SAS commando team kills a CIA squad in Vietnam to save the girl from being raped and murdered; The CIA issues a dummied-up report about the incident claiming its men were innocent of wrongdoing and that the SAS team members were the murderers; England’s MI-6 forces the SAS members to take false identities and hide from the CIA. Meanwhile, the girl becomes an agent of the Malaysian Secret Service and Tom’s clandestine lover, and the American Army General who ordered the cover up wants the CIA to kill anyone who could reveal the truth.

This all leads to a convoluted spy-versus-spy chase around the world, filled with the “nasty, sadistic deaths that were fast becoming the hallmark for the modern CIA,” and culminates in a lurid rape and murder scene.

The novel could have made a good fireside yarn. But the author’s rough, conversational writing style of run-on sentences, misplaced modifiers, mixed tenses, superfluous detail, inaccurate spelling, and multiple other mechanical problems repeatedly thrusts readers into an impenetrable verbal jungle. (Typical sentence: “He instructed the young man to email him to confirm for him that the package was sent of which the young man nodded his head of approval to.”)

While the idea has promise, these writing issues often make for confounding prose, and, as a result, the novel fails to maintain the tension a spy thriller requires.