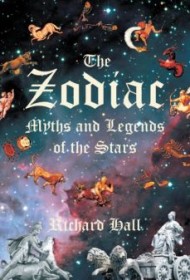 The zodiac can tell you much more than how pleasant your day will be or whether you’ll soon find true love. In this book, noted New Zealand astronomer Richard Hall makes the case that for thousands of years, the zodiac has been a key element in helping human beings understand their place in the universe.

Hall has written four other books on astronomy and is the recipient of the Royal Astronomical Society of New Zealand’s most prestigious prize. His impressive breadth of knowledge is on display in every page of this book. He uses everything from Biblical passages to Greek mythology to make a convincing argument that the zodiac was the foundation of many of the world’s religious and political systems. For instance, Hall notes that the ancient winter solstice, Dec. 25, was celebrated as the rebirth of the sun, making it no coincidence that the “son of light” or “sun of god” is said to be born on this day in the Christian, Hindu, Egyptian and Celtic traditions.

Hall traces the development of the zodiac from Babylonian times, and points out that the 2,000-year-old zodiac we use today is incorrect. The earth’s orbit slowly shifts the dates of the equinoxes and solstices, meaning that the spring equinox, which is now in Pisces, was in Aries 2,500 years ago and in Taurus 5,000 years ago. Consequently, the dates we use for the astrological signs are almost a month off—for instance, Aries really begins on April 18 rather than March 21.

Hall’s clear, conversational writing style makes this book an interesting and easy-to-understand primer on the vast influence of astronomy and astrology on human existence. The only thing that could be improved is his frequent misuse of commas, which adds an amateurish element to a work that is professional and engaging on every other level.