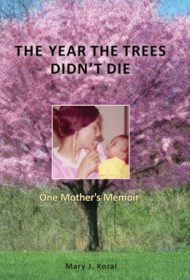 International adoptions were rare when Mary Koral and her husband, Ken, adopted three children from three countries, beginning in the mid-1970s with Minh, a Vietnamese baby. He was followed by 2-year-old Anita, one of India’s 11 million abandoned babies, “a scrap of a kid with big eyes and the bloated belly of malnutrition.” Sung, found on a bus in South Korea, was “the size of a good roasting chicken” when he joined the family as a 2-year-old, “so needy, he was almost toxic.”

Koral, who grew up with six siblings before marrying and moving to Ann Arbor, MI., wanted kids and “the wealth of the everyday…” Unable to carry a baby to term, she latched onto the idea of adoption, confident she and Ken, a nuclear physicist, could handle whatever evolved. The first few years were good ones. But as readers soon learn – Koral doesn’t skimp on foreshadowing – the couple was woefully unprepared for the sad legacy of their kids’ early lives.

Minh ignored schoolwork in favor of the Vietnamese language tapes he studied in hopes of finding the birth mother who’d abandoned him. Anita, whose dark skin set her apart from her Asian brothers, wanted “a family with skin that matched.” Sung felt like an afterthought, especially after teenaged Anita rebelled, and became involved with a man who abused her and threatened the family’s safety.

As Koral writes, “I wanted the kids to believe that love was the deal at the end of their plane ride; there would be no lack of love ever…But I learned that love was not the whole deal.”

Koral has an MA in creative writing and it shows in her lyrical prose and the seamlessness of her narrative, which shifts effortlessly between past and present. She weaves her own childhood into those of her children, pulling no punches, but layering her successes and failings as a wife and mother with equanimity and grace. The result is a rich tapestry of lives, sometimes tragic, sometimes triumphant, always fully realized and beautifully rendered.

Her story will captivate all mothers, adoptive or not, along with the grown children they struggled to rear.