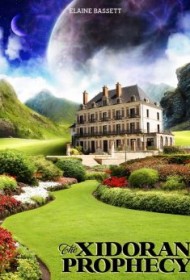 This debut novel revolves around a boy named Charles Brookfield who discovers he is heir to an incredible family secret that gives him the opportunity to become a time-traveling adventurer.

On his 15th birthday, Charles’ grandfather pulls him aside and tells him that he is going to teach him about things “most people can only dream about.” The teenaged boy’s perception of the world is quickly turned upside down when he learns about a secret society of time travelers (called Sojourners); the existence of a place known as the Hub (where all time-traveling journeys begin); a plethora of potential enemies, and a prophecy revolving around a looming battle for a sorcerer’s diamond that could unleash a “catastrophe of unimaginable magnitude” and destroy the Sojourners and everything they’ve created.

Tonally, the storyline is ideally suited for young adult readers. Initially set on the idyllic backdrop of Brookfield’s grandparents’ farm, the narrative is comparable to the setting: calm, unhurried, with an undeniable brightness about it. Additionally, Charles’ strong relationship with his family and friends (particularly his love interest Caroline Saunders) gives the story a sense of warmth and comfort.

But flat characterizations and lethargic pacing hamper this novel, the first of a series. Charles and Caroline are only superficially described—and many other characters are given no description whatsoever. Meanwhile, so much focus is placed on mundanities (what food is being prepared for a picnic, etc.), that the story loses momentum.

Ultimately, such factors detract from the story’s original concept and adept world building. Still, those young readers who can overlook the sluggish pace may find the adventure element engaging enough to make the experience enjoyable.