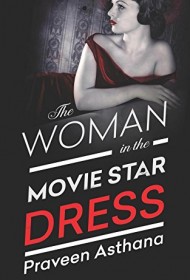 Imagine if clothing maintained the energy of those who wore it, and that energy could be transferred to someone else wearing the garment. That’s the premise behind this highly readable novel about love, sex, Hollywood, and transference.

This novel effectively weaves together a murder from 60 years ago with a modern-day mystery. At the center of the story is a Native American woman, Genevieve (born Daisy Bear Nightcloud), who works at a Hollywood vintage used clothing store, specializing in clothes worn by movie stars.

Dealing with devastating family problems after her mother’s suicide, Genevieve becomes intrigued with her Navajo heritage of adopting a wolf’s qualities by wearing its skin while high on peyote. She attempts similar experiments with items from the store. Soon she’s taking drugs and seducing men at A-list parties while wearing clothes from Natalie Wood, Grace Kelly, Elizabeth Taylor, and other starlets.

Subplots involve three mysterious individuals: the handsome man who lived next door when she was young; the childhood friend who may be in love with her; and the sexy man who reminds her of Humphrey Bogart. With plot twists, simmering sexuality, male heroes, and a femme fatale, this novel fondly pays tribute to film noir.

Well-paced and fun, the book nonetheless contains a few flaws. Occasional punctuation and spelling errors can be distracting (i.e. “kerb” instead of “curb” and “…How fascinating,” said Genevieve?), and there’s a plot inconsistency: Genevieve witnesses her mother’s assault after leaving school early one day, yet later references the event as having taken place at night.

Additionally, the transference process is imprecise. Sometimes the transferred qualities come from the essence of the person who wore the garment and sometimes from a role he or she played in the garment.

Despite these missteps, The Woman in the Movie Star Dress offers plenty of satisfactions. The story should delight classic movie fans and those seeking a magical realism mystery set in Hollywood.