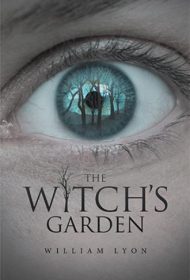 William Lyon’s science fiction story is based on a fascinating premise: a field biologist encounters a plant that infects him with a virus that creates a sentient symbiotic entity inside of him.

Richard Douglas, an esteemed botany research professor, is struggling to recoup after a devastating divorce. When his department chairman suggests a sabbatical could help, Richard travels to the Amazon, where he visits a sacred garden filled with rare healing plants. There, he becomes infected with a strange virus and soon comes into contact with Carole, who communicates with him telepathically and through dreams. Carole is a result of an infective agent embedded in his nervous system that is methodically organizing and improving his body—and, by extension, his life—in strange ways. She is eerily similar to his old high school crush named Carol, a sexually mature young woman who exuded “pure eroticism.”

With Carole’s help, Richard meets Carol—now a successful author—and they begin an affair. Richard infects Carol with the virus, and eventually Carol has her own symbiont inside of her. Soon, the virus is spreading across the world. Will these symbionts elevate humankind? Or is their mission to somehow domesticate humanity before they destroy the planet?

Ultimately, this is a smart and thoughtful novel. However, narrative miscues and an unnecessary sexual focus deprive it of thematic impact.