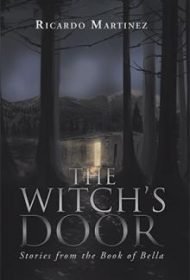 Ricardo Martinez’s The Witch’s Door narrates a boy’s magical adventures when he travels back through time.

On a camping trip with his family, six-year-old Juan Aguilar is chased by a mountain lion into “an old dilapidated adobe house” and is transported from 1926 to 1826. There, he’s adopted into the Silva household, where he spends the next ten years in part of the Southwest that’s now New Mexico. The story is filled with sorcery, as well as an intriguing puzzle involving the house’s history that Juan, with the aid of the Silva family, tries to solve.

It turns out that Daniel, the Silvas’ son, also became lost when he entered the adobe structure, and the Silvas have been searching for him for approximately two years. Eventually, it becomes clear that the fates of Juan, Daniel and other lost children are connected. Juan discovers that he has “special powers,” which may allow him to return to his family and save other children lost to the house’s magic.

The overall narrative is well-imagined with an engaging premise. Through Juan’s experiences on the Silva ranch and in the countryside, Martinez excels at reconstructing the early 19th century American Southwest.

Martinez’s plotting, however, can be problematic. The resolution of the missing children puzzle depends upon many interlocking pieces, and Martinez is not always successful at blending these. Some scenes, for example, lack sufficient transitions (in one particularly jarring passage, the author abruptly introduces a surprising subplot involving Indian warriors and a desecrated burial ground). Ultimately, the hunt for the children culminates in an ambiguous and perfunctory conclusion.

Additionally, readers may struggle to follow the relationships among the different families affected by the magical structure, and some plot elements seem extraneous: for example, Juan’s experiences in “La Sombra Oscura,” a cursed forest.

Because of such issues The Witch’s Door never reaches its potential. The narrative requires refinement for the novel to appeal to a wide readership.