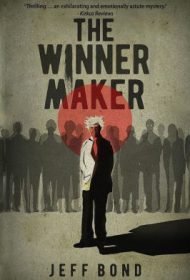 The captivating plot centers on five high school alumni who share the distinction of being named “Winners” by Bob Fiske, their revered teacher/coach. The Winners are an elite group selected each year by Fiske, based on vague criteria and potential.

Now long past their high school glory days as Winners, Stephanie and Doug are seemingly happily married, with two young daughters and well-established careers in the Chicago area. When Fiske goes missing, they and two other Winner classmates are contacted by Becky, a fifth Winner and counselor at their alma mater, who calls an emergency meeting. This is only the beginning of the intrigue, as Fiske isn’t the only one missing: so is one of his female students whose phone includes his texts to her regarding a rendezvous.

Bond imbues well-rounded characters with engaging qualities and their share of foibles. Most of the narrative focuses on Stephanie, who is portrayed as a busy, intelligent working mom with a challenging career. She’s devoted to Doug, and he to her. She has long considered Fiske a mentor and credits much of her present success to his faith in her. Thus, she has trouble believing he’s involved in anything improper with the young girl. Stephanie has an idea of where Fiske might be, and the quintet begin their search.

At this point, the tables turn as some of the pursuers, surprisingly, become the pursued. Readers, along with Stephanie, are left wondering why. The result is a true page-turner. In this meticulously crafted Rube Goldberg of a story, one piece begins to make sense only to be knocked aside for the story to move in another direction. Events from the past are resurrected, and nothing is what it seems.

Bond has crafted an engrossing mystery based on relationships, expectations and perceptions. The Winner Maker is sure to keep readers riveted.